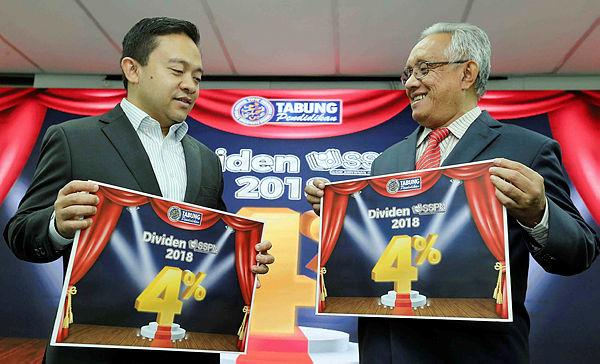 “The 4% rate is based on the net returns on investment on deposits received and PTPTN is still able to maintain competitive dividend rates despite challenging economic situation.

“By giving competitive dividend, SSPN is expected to be more competitive and become the people’s preferred savings instrument,” he said while announcing the 2018 SSPN dividend here today.

He said apart from competitive dividend, depositors were also given incentives in the form of tax relief of up to RM6,000, takaful coverage of up to RM1 million and guaranteed by the government as well as Shariah-compliant.

“With tax relief and takaful coverage, depositors actually gain more than the 4% dividend and during the tabling of the 2019 Budget, the tax relief incentive for SSPN has been increased from RM6,000 to RM8,000 for year assessment of 2019,” he said.

Wan Saiful also said that last year, PTPTN had achieved RM1.13 billion in deposits which was the highest number of savings recorded since the establishment of SSPN while a total of 678,839 of new accounts opened by depositors. — Bernama