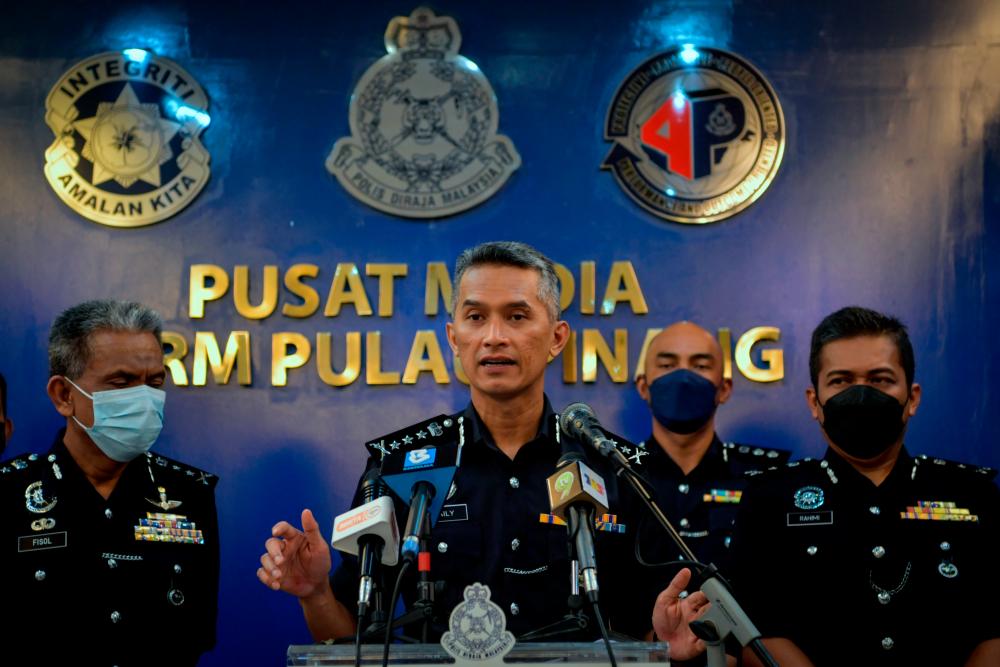 GEORGE TOWN: The public has been reminded not to make racial comments over the recent enforcement action taken by the police against motorcycle workshops linked to modifications for illegal racing and mat rempit activities in the state.

“We ask the public not to link the police to racial issues by posting on social media (allegations that) police only catch and raid Malay workshops.

‘Action taken against mat rempit and the workshops isn’t a targeted enforcement action, but based on information and intelligence, sometimes gathered from the racers themselves,” he said at a media conference at the Timur Laut district police headquarters here today.

A raid on 21 workshops believed to be involved in modifying vehicles used for illegal racing by the police led to online claims that the police had targeted Malay-owned premises only.

Mohd Shuhaily said such police enforcement had nothing to do with any race, and based on police statistics, the majority of illegal racers were Malays.

“Malays form the majority of illegal racers and that is a fact and has nothing to do with racial polemic. Based on statistics, from January till August four Chinese were arrested for illegal racing, and that amount is small,” he said, adding that workshop owners who are not involved in motorcycle modifications for illegal racing had no reason to be concerned with the recent raids.

The police have also established a joint prevention and enforcement working committee with several departments and agencies, jointly chaired by the police and the Road Transport Department, to curb illegal racing in Penang, he said. - Bernama