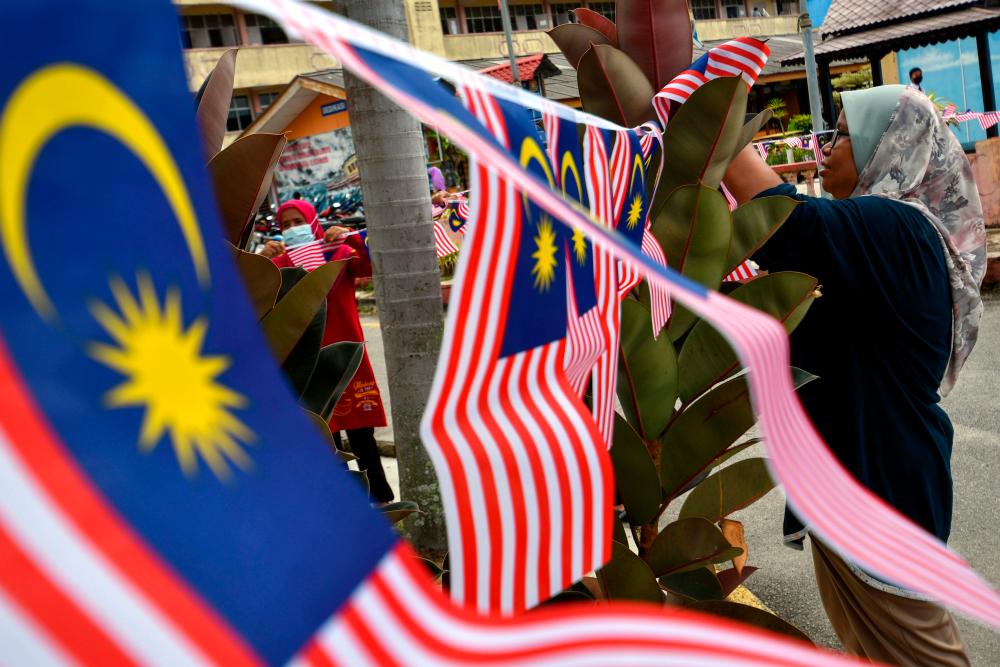 PAPAR: The public is advised not to expect free Jalur Gemilang to fly the national flag, particularly at their premises, in conjunction with the National Month celebration.

Papar district officer Hadzlan Jablee said that members of the public should play a role in celebrating National Month and National Day. They should stop thinking that the responsibility of enlivening the National Month celebration rests solely on the shoulders of government departments and agencies.

“We also need to be more aware of the Jalur Gemilang we are flying on our premises so that it is not worn out or torn. If it is, replace it with a new one or ask the owners of the premises to do so.

“Let’s not take it lightly when it comes to maintaining the image and identity of the country and let us preserve our unity as Keluarga Malaysia,” he said when launching the Keluarga Malaysia Merdeka Convoy 2022 in Papar district today.

Papar is the first out of 43 stops in Sabah’s 10-day Keluarga Malaysia Merdeka Convoy programme, starting today, with 19 vehicles from 12 departments and agencies participating.

The departments and agencies involved include the Department of Information; Radio Televisyen Malaysia (RTM); the Malaysian National News Agency (Bernama); the Royal Malaysia Police; the Malaysia Civil Defence Force and the Sabah Ministry of Local Government and Housing.

Kampung Andus village chief, Mohammad Majid, 68, said that the true meaning of independence is not only about the date of Aug 31, but also about freeing oneself from something negative and fostering a spirit of love for the country, and the Jalur Gemilang also encapsulates independence.

“My advice to young people is to free yourself, stay away from negativity, if you still have bad attitudes you are not free yet. Free yourself first then we can free others around us,“ he said.

A history teacher at Sekolah Menengah Kebangsaan Majakir here, Noneh Ahmad, 50, said that the previous generation fought to free the country from colonial rule; and today’s generation also play a role in liberating themselves from the colonialism of the mind. - Bernama