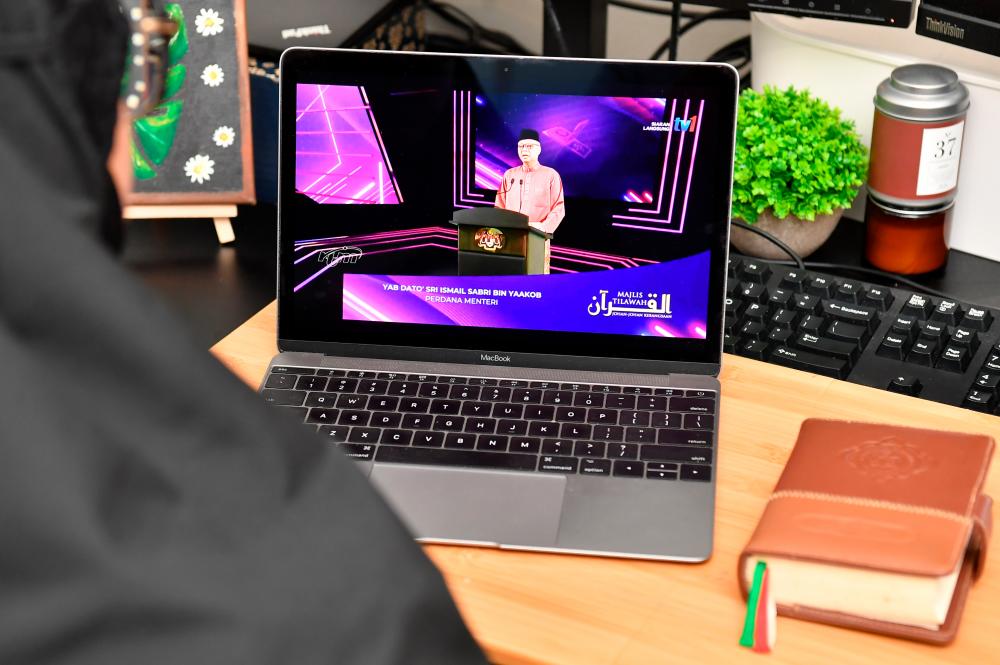 PUTRAJAYA: The Quran is the intellectual and spiritual source of Islam which is the basis not only for religion and spirituality, but also all branches of knowledge including technology, says Prime Minister Datuk Seri Ismail Sabri Yaakob.

He said the Quran encouraged Muslims to seek knowledge, learn, analyse and use the intellect bestowed by Allah as best as possible.

Ismail Sabri said the Quran was a revelation from Allah which served as a guide for humans to distinguish between right and wrong, while technology is discovered based on observations and studies done by humans.

“The combination of the Qur’an and technology can strengthen and clarify a fact of argument by referring to the hadith of the Prophet, sects, scholars, as well as Muslim and non-Muslim scientists.

He said the organisation of the MTQJK showcased how technology could be used for welfare in line with Islamic principles.

The recitation of 26 ‘qari’ (male reciters) and ‘qariah’ (female reciters) who have won the national recitation champions previously will be broadcast live from 11 locations, and viewed through various media platforms.

“The verses of the Quran and the recitation of the verses are transmitted to the audience using augmented reality technology which shows that Islam has never prevented its followers from maximising the use of technology in life,“ he said.

He said the Covid-19 outbreak had also changed the way of life of Malaysian families in terms of adopting new norms, including in aspects of teaching and reciting the Quran.

In line with the needs of modern Muslims and the technology available, Ismail Sabri said the Quran could now be accessed through various digital products and software applications.

“I understand since the outbreak of Covid-19, online Quranic learning is gaining ground.

“Many institutions, whether government or private, have introduced online classes for al-Quran-related learning. These noble efforts make it easier for the community to learn to read the al-Quran,“ he said.

The MTQJK organised by the Department of Islamic Development Malaysia (Jakim) was held for five days since Friday featuring a total of 26 qari and qariah and some by special invitation, representing all states.

The inaugural MTQJK was organised in place of the National Level Quran Recitation and Memorisation Assembly 1442H/2021M which was postponed due to the Covid-19 pandemic situation, and the event was also broadcast live on TV1 and TV OKEY. — Bernama