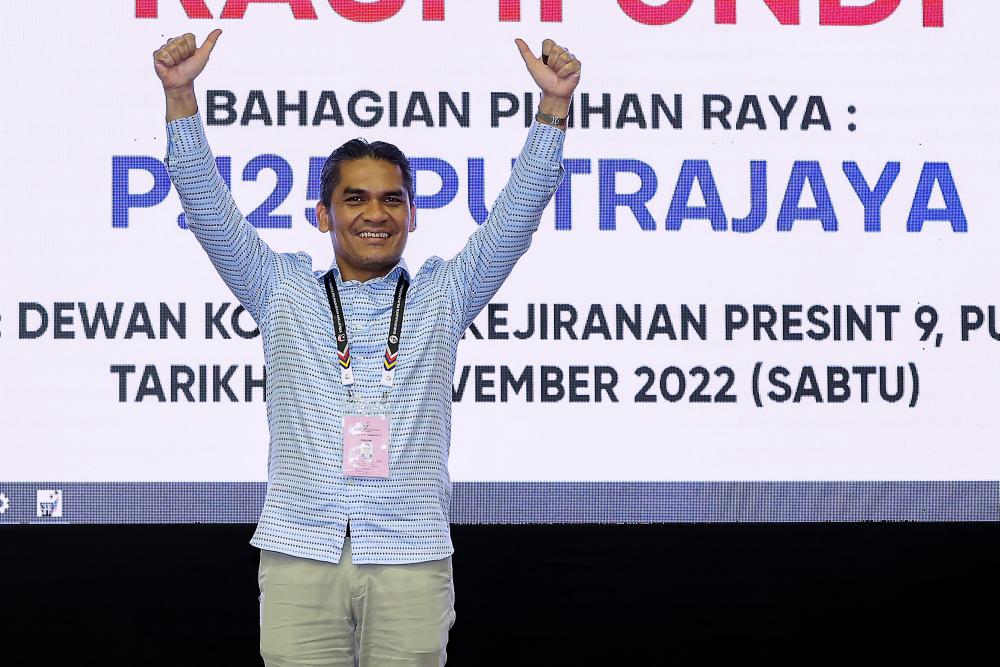 PUTRAJAYA, Nov 20 — Perikatan Nasional candidate, Datuk Dr Radzi Jidin was announced as the winner of the Putrajaya Parliament seat at the official tally of votes for the 15th General Election tonight. BERNAMAPIX

PUTRAJAYA: Bersatu vice-president Datuk Dr Radzi Jidin who contested on a Perikatan Nasional (PN) ticket in the 15th general election (GE15) won the Putrajaya parliamentary seat in a six-cornered fight with a majority of 2,310 votes.

The announcement was made by Putrajaya returning officer Shamshul Joehari Zainal Mokhtar at the vote tallying centre in Precinct 9 neighbourhood complex.

This is the first win for Radzi, 45, in GE after he was defeated in the Ketereh parliamentary seat in GE14.

Met by reporters after the result announcement, he said the win is for all Putrajaya residents and PN machinery who worked hard during GE15.

“Thank you to all voters, and members of PN machinery who worked hard to ensure this important mission is accomplished...it is a new era for Putrajaya,” he said.

The Putrajaya parliamentary constituency which is the Federal Government Administrative Centre, has 42,881 registered voters. - Bernama YTL collaborates with TNB to import 100mw electricity to Singapore