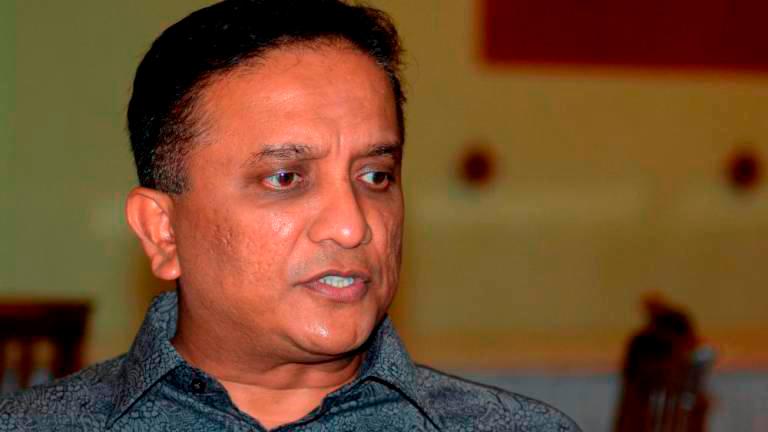 KAJANG: Datuk Seri Reezal Merican Naina Merican (pix) has urged all quarters not to speculate on the death of national archer Haziq Kamaruddin today, saying people should be sensitive to the feelings of his family.

The Youth and Sports Minister said it was irresponsible of certain quarters to speculate on the 27-year-old recurve archer’s passing when he had contributed so much to the country.

“We have to respect the feelings of his family. If you want to make any conclusion, wait for the post-mortem; the results will be shared later. His family accepts it and his wife is sad but feels that this (speculation) is slander.

“Let us be a responsible citizen. If anything we feel now, feel the feeling of the sadness and sorrow of the family,“ he said when asked by reporters on speculation regarding Haziq’s death.

Reezal Merican was speaking after visiting Haziq’s family and his wife Shahira Abdul Halim at Hospital Kajang, where the Olympian died earlier.

He said Haziq did not suffer from any diseases except gout.

“He was training with his coach (Lee Jae-hyung) one day before Raya and on May 13 he obtained permission to go home.

“This morning, after coming out of the toilet he was shivering and fell unconscious. He was rushed to hospital and was pronounced dead at 9.37 am,“ he added.

Reezal Merican said his passing was a big loss to Malaysian sports as Haziq had contributed greatly to the country since joining the elite programme in 2012.

The Johor-born Haziq participated in the London 2012 and Rio 2016 Olympic Games and was fighting for qualification to the Tokyo Olympics which will be held from July 23 to Aug 8.

He had been scheduled to compete in the final Olympics qualifying competition to be held in France on June 16.

Haziq won the gold medal at the Grand Prix Asia 2011 in Laos, bronze at the Asian Cup 2019 in the Philippines, and a total of four gold and two silver medals in individual events at the SEA Games from 2011 to 2019.

Meanwhile, the National Sports Council (NSC), in a statement, said that a Covid-19 test done on Haziq’s body tested negative, adding that his remains would be taken to his wife’s hometown in Merlimau, Melaka and laid to rest at the Kampung Tersusun Serkam Darat cemetery.

“Once the post-mortem at the Kajang Hospital is completed, prayers will be conducted after the body is bathed and shrouded before leaving for Melaka. The body is expected to arrive in Melaka around midnight and the burial is expected to be completed shortly after,” the NSC said. — Bernama