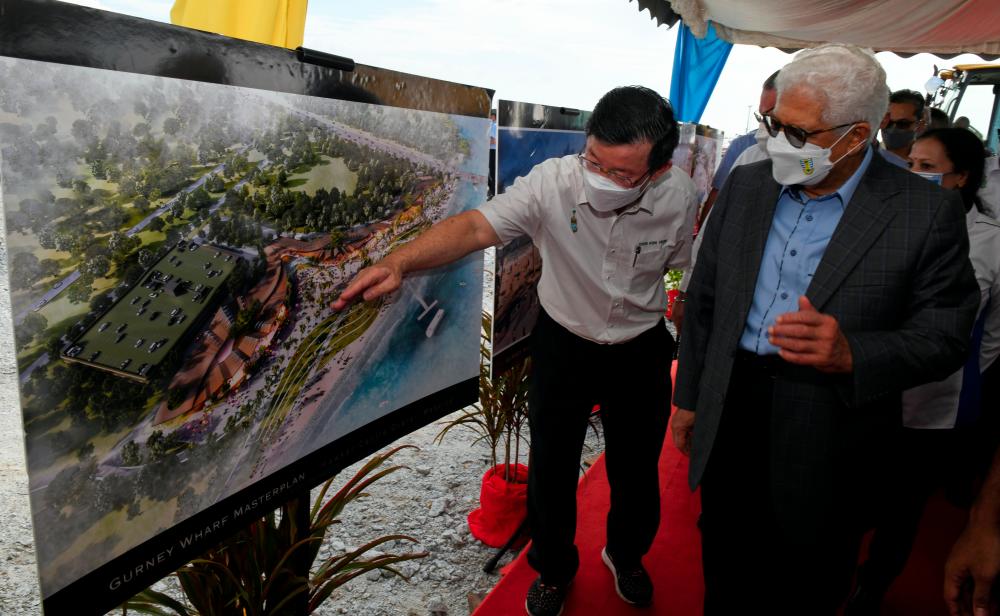 GEORGE TOWN: Construction of the Gurney Wharf project which is a park in the largest reclaimed township in Penang worth RM200 million is expected to be fully completed by early 2025.

Penang Chief Minister Chow Kon Yeow said the project involved about 20 hectares of reclaimed land at Gurney Drive which would become the latest attraction in Penang and give economic added value and spillover.

“The Gurney Wharf development initiative began in 2016 with engagement sessions with all stakeholders including Penang residents to obtain views, input and feedback in terms of needs as well as the recreational component required by the community in the state.

“The project will be a promenade with a beautiful sea view, recreational park. hawker centre, parking and other facilities for the entire family to spend quality time and for better quality of life for the people on the whole,“ he told reporters after the Gurney Wharf groundbreaking ceremony here today.

Chow said two phases of the project development which were postponed due to the Covid-19 pandemic will be carried out simultaneously after the groundbreaking ceremony.

“The state government is also taking note of the issues that have arisen, but I am sure the stakeholders in the project are aware of the situation, including ensuring that the protection of the environment and the marine area (marine) is an aspect that is emphasised during the initial planning stage of the project, “ he said.

He said the state government has also decided to implement the Gurney Wharf project through an open tender and it had agreed to appoint TETO Engineering Sdn Bhd as the main contractor while the appointment of other sub -contractors would be announced from time to time.

“With the appointment of qualified consultants and contractors, the state government hopes the project can be implemented more systematically and comply with the set specifications. In fact, we also instructed that traffic flow in the area be carefully planned to ensure the safety of everyone including pedestrians,“ he said. — Bernama