RM967,500 worth of contraband cigarettes seized in Kuching 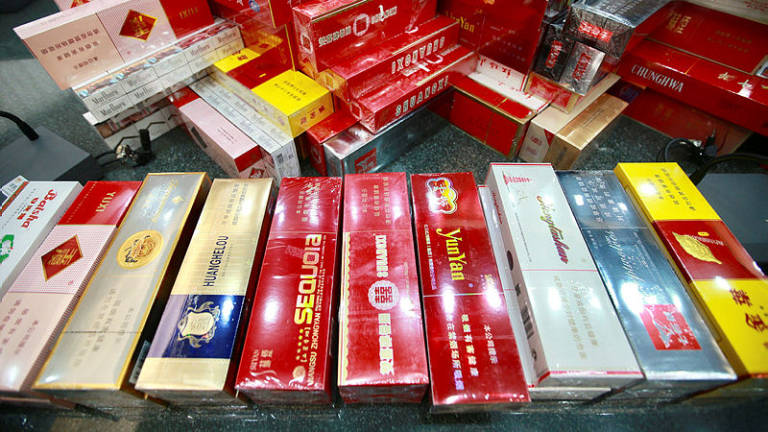 KUCHING: The Sarawak Customs Department has thwarted an attempt to smuggle in contraband cigarettes worth RM967,500, with unpaid duties and taxes valued at RM2.44 million, two days ago.

Its director Datuk Sharifah Halimah Tuanku Taha said a team of officers had been carrying out intelligence gathering and surveillance on a storage container placed on the road shoulder in front of a private jetty at Jalan Gedung, Bintawa near here.

She said, two hours later, the team inspected the content of the container and found it was filled with cigarette boxes, believed to have been smuggled from a neighbouring country.

“A total of 3.56 million cigarette sticks of various brands were seized, with an estimated value of RM967,500 and unpaid duties and taxes amounting to RM2,446,530,” she said in a statement today.

Sharifah Halimah said the contraband cigarettes found in the 20-foot container were believed to have been brought in via the sea before being ferried along the river to the location using feeder or small vessel carrying various goods in Sarawak.

“The container is believed to have been transported from northern Sarawak to Kuching via a wharf or private jetty by a syndicate who was determined to use the entry point as the port is continuously monitored and controlled,” she said, adding that the case was being investigated under Section 135 (1) (d) of the Customs Act 1967. - Bernama