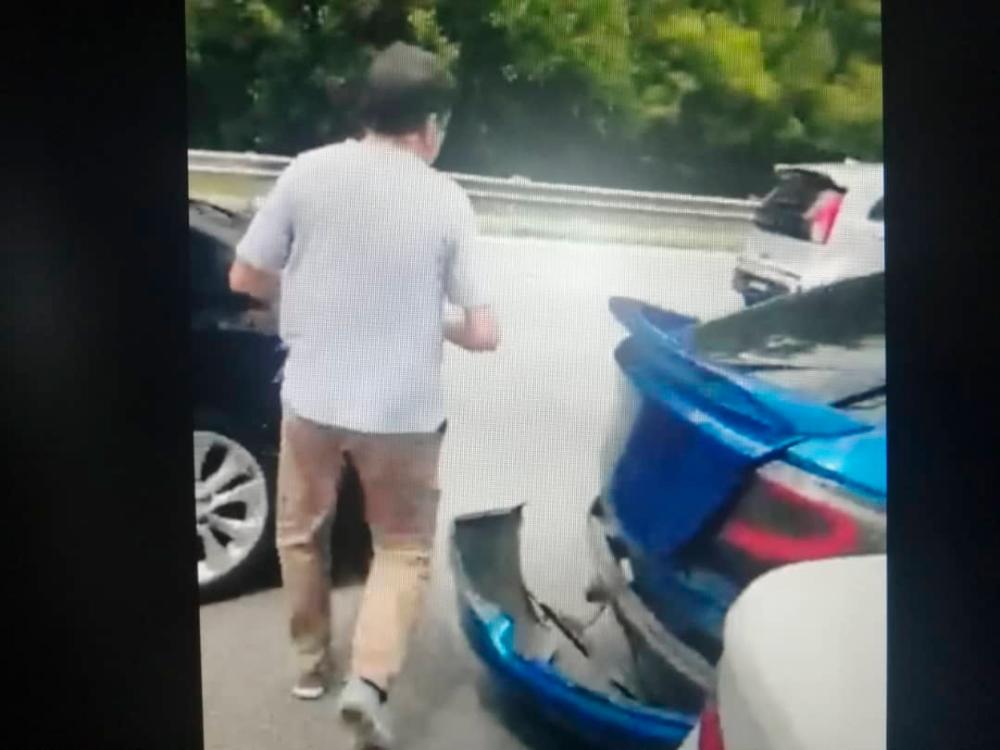 Screenshot of the video that has gone viral on social media.

SHAH ALAM: A 56-year-old motorist was arrested after he snatched a handbag of a woman following a traffic accident at KM14.6 of the Federal Highway on Saturday afternoon.

A video of the incident which was widely shared on social media showed the man demanding for the woman’s MyKad after she is believed to have crashed into the rear of his car.

When the woman refuses, the suspect grabs the woman’s handbag from the driver’s seat of her car before placing it in his own car.

The angry man then tells her to go to a police station.

The woman is heard pleading for the return of her handbag but the man ignores her and enters his car before driving off with another male occupant.

Shah Alam police chief ACP Baharudin Mat Taib said the suspect was arrested when he showed up to lodge a police report at about 6.30pm.

He said the man is being investigated for theft and assault under Section 379 and Section 323 of the Penal Code respectively.

Baharudin said the accident occurred at about 1.30pm when the woman hit the rear of the suspect’s car.

He said the impact of the crash caused the suspect’s car to jolt forward and hit another vehicle driven by a woman ahead of him.

Baharudin said none of the drivers or their occupants were injured.

He said investigations into the accident are ongoing and those with information on it should contact the investigations officer Sgt Hafizi Hashim at 013-9557042.