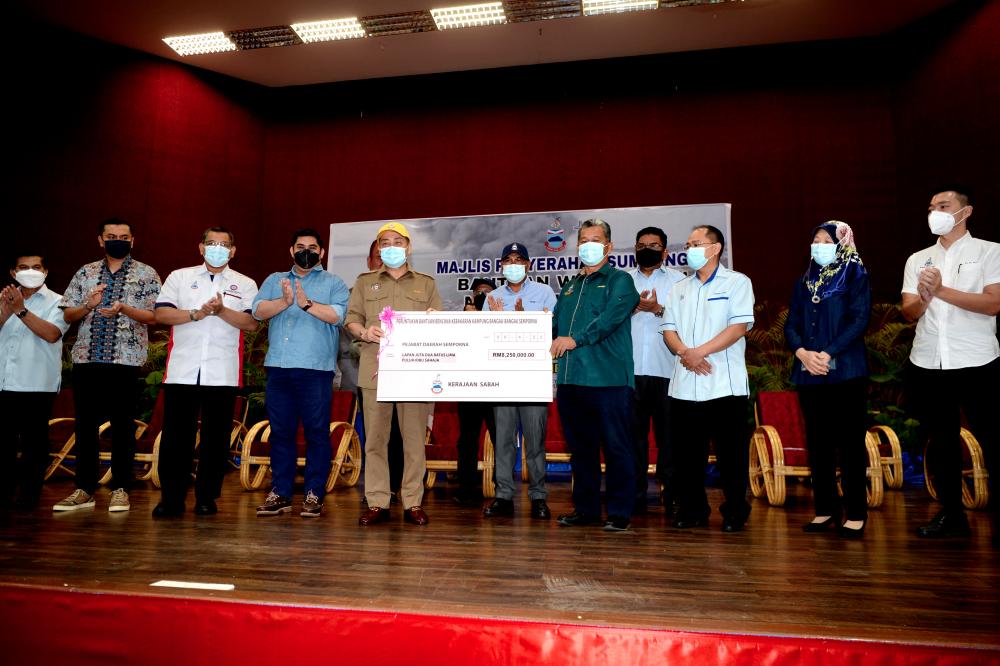 TAWAU: The Sabah government has allocated RM18.2 million to help fire victims in Tawau and Semporna to rebuild their homes, as well as infrastructure, that were damaged in the incident last March 17 and in 2015, respectively.

“This shows our government is concerned about the plight of fire victims. Hopefully, this assistance will be able to ease their burden. It is our responsibility to ensure every citizen is assisted, especially in times they are tested by such a disaster.

“More than 1,000 household heads affected by the fire in the two locations will benefit from this allocation, with 608 of them in Tawau,“ he told reporters after handing over the aid here today.

Hajiji said the government also had plans to assist victims whose water houses were destroyed by fire, but the matter would take time as many factors had to be considered.

“It is our hope to provide comfortable homes for the fire victims so that they can continue with their life,” he added.

Meanwhile, Hajiji said the state government has approved a bonus payment of RM500 to the state’s civil servants in Grade N54 and below, and RM250 for retirees in conjunction with Hari Raya Aidilfitri and the Harvest Festival this year.

He said the payment would be disbursed before the respective celebration.

One of the recipients to receive the aid today was Nuriati Asarik, 41, who suffers from stage three cancer. She thanked the state government for helping to rebuild her house which was destroyed in the Kampung Kurnia Jaya fire.

“I’m grateful that the government is concerned about our plight. This is the third time my family has been affected by house fires,“ she said, adding that her family, comprising her husband, who is a person with disability, and their four children are renting a house in Kampung Kurnia Jaya,“ she said.

Another recipient, Talsam Pamansalang, 63, also grateful for the state government’s concern and assistance.

“I am now staying with my children in Balung. I hope to rebuild my house soon ,” he added. — Bernama