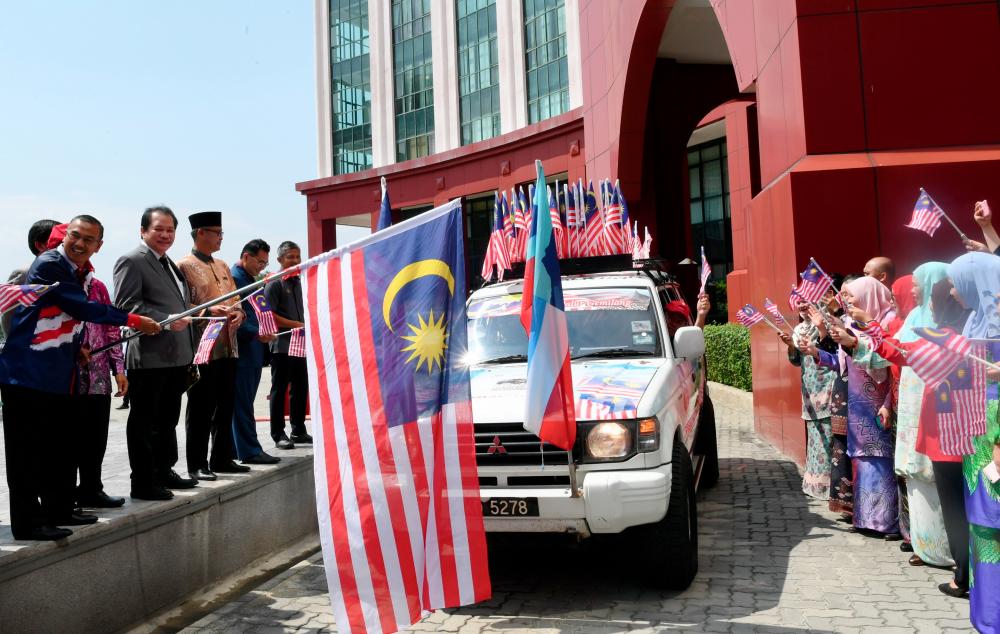 The 15-vehicle convoy was flagged off by Sabah Federal Secretary Datuk Samsuni Mohd Nor at the Federal Government Administrative Complex at Dataran Bendera here.

Speaking at the event, Samsuni said the convoy themed ‘’Sayangi Malaysiaku: Malaysia Bersih’’ was not only aimed at celebrating this year’s national month but also as a manifestation of the people’s gratitude for the nation’s 62nd year of independence.

“We as Malaysians, especially in Sabah where there are various races and religions, are grateful to be able to celebrate the month of independence with gratitude and pride in a harmonious country.

“The convoy will encourage the people to fly the national flag which is a symbol of our country’s sovereignty and spark this year’s celebration,“ he said.

The convoy made a stop at Likas Women and Children’s Hospital and Queen Elizabeth 1 Hospital to hand over the national flag to the directors of both hospitals. — Bernama