Sarawakian, 13, among winners of Nasa contest 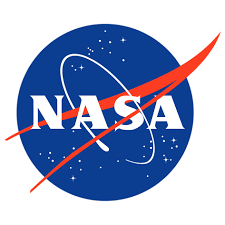 PETALING JAYA: A 13-year-old Sarawakian is among five winners of a patch design competition organised by US’ National Aeronautics and Space Administration (Nasa) for its mission to the moon and Mars in 2024.

The design by Wei Rui Teng from Miri was chosen as a winner along with those by Ishhaq Ziyam of Sri Lanka, Neal Apte of the US, Madison Morgan of the US and Paxton Summers of the US.

Their designs were picked from a pool of nearly 10,000 entries by children from the age of seven to 13 from around the world.

The competition named ‘Design A Mission Patch’ was held online by Tynker, a Kids coding platform.

The winners will have the opportunity to invite their fellow students to a video chat with a Nasa expert on its work and the details of space travel.

The video chats are scheduled for the week of May 20 which coincides with the 50th anniversary of the Apollo 10 mission.

“Nasa is going to the Moon in 2024, and then on to Mars in a sustainable way,” Mike Kincaid, Nasa’s associate administrator for the Office of Science, Technology, Engineering and Mathematics (Stem) Engagement said today.

“To achieve our mission, we need the next generation of STEM students to join us. This collaboration with Tynker will inspire students in STEM to be a large part of our future to the Moon and Mars.”

Vice President of Educator Programs at Tynker Kaustav Mitra said the company is thrilled with the results and hoped that the challenge has inspired the new generation of children to learn more about space missions, Nasa and the impact that they have on space exploration.

The ‘Design A Mission Patch’ project is the first of three planned ‘Moon2Mars’ coding challenges being released this year by Tynker in collaboration with Nasa.