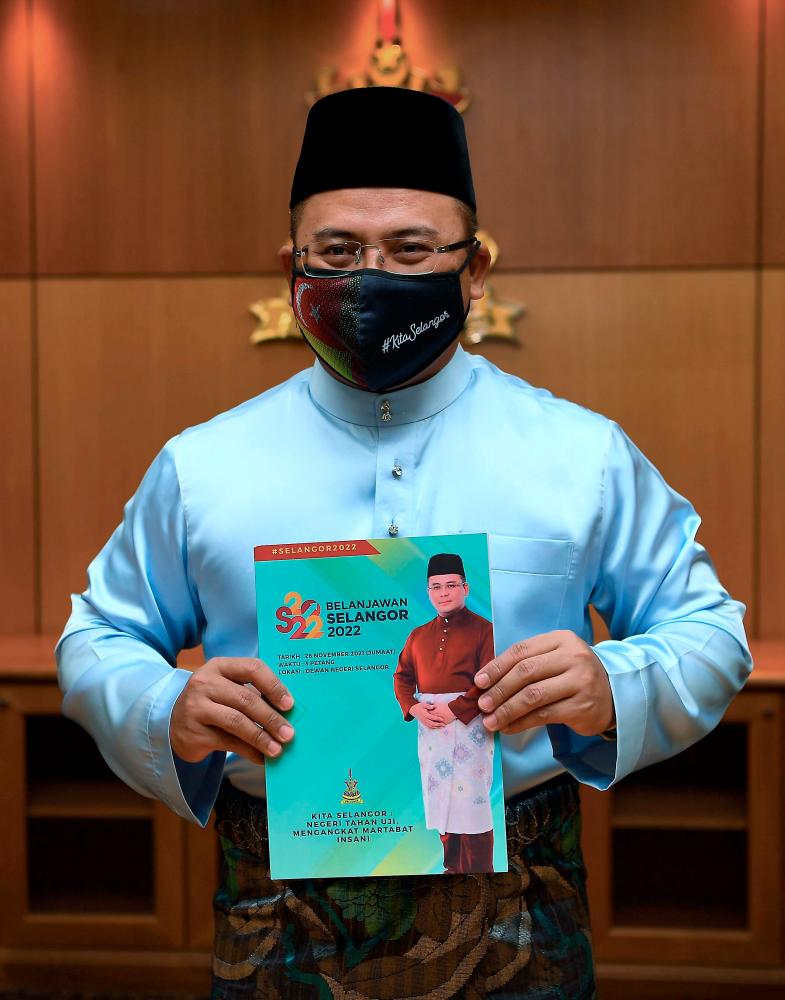 SHAH ALAM: The Selangor government today tabled a RM2.34 billion state budget for 2022, of which an allocation of RM1.22 billion or 52 per cent is for administrative expenses while the remaining RM1.12 billion is for development expenditure.

Selangor Menteri Besar Datuk Seri Amirudin Shari said there would be a budget deficit of RM293 million based on the state’s projected revenue of RM2.05 billion and total estimated expenditure of RM2.34 billion.

“This deficit is larger than that in 2021 as we want to provide a substantive developmental allocation to strengthen the post-Covid-19 pandemic economic drive and develop a state that can withstand the test of time in various aspects,” he said.

On efforts to drive high-impact economic growth, Amirudin said Selangor would start the construction of the Selangor Worker Housing Complexes through the Selangor Economic Development Corporation (PKNS) to uphold industry workers’ rights by providing accommodation that is conducive, systematic, well-managed and safe, especially in terms of health aspects such as ventilation.

He said 58.67 hectares (ha) -- 23.87ha state government land and 34.8ha PKNS land -- had been identified to be developed as worker housing complexes which were expected to house about 60,000 workers.

Apart from this, he noted that the Klang River sustainable development -- the Selangor Maritime Gateway (SMG) project to start in 2022 -- was one of the projects with high economic impact whereby 242.8 hectares had been identified along 56 km of the river to be developed over the next eight to 10 years.

1.GPS can win all 82 seats through teamwork -Abang Jo

2.Man City will be his only Premier League club: Guardiola