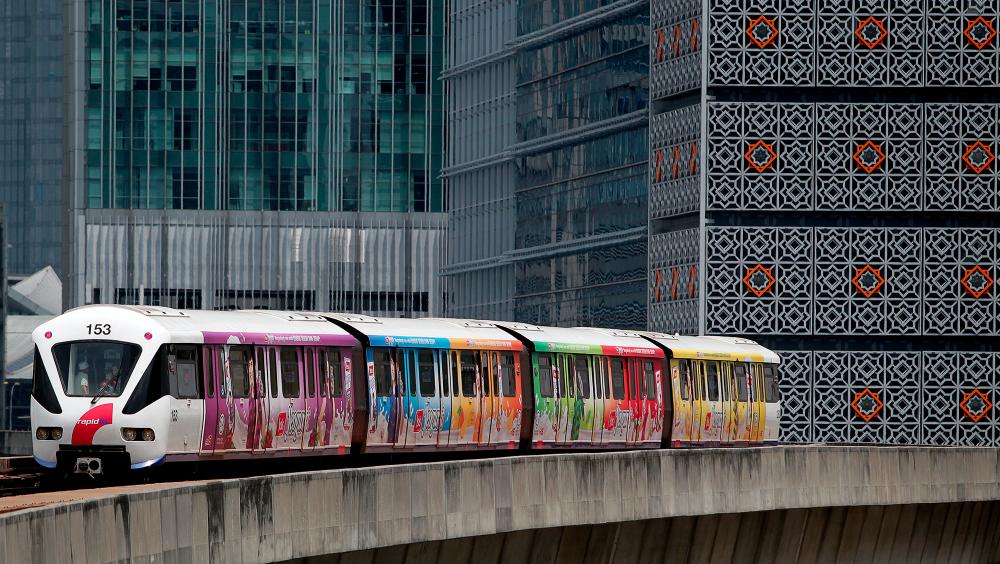 An LRT train departs from the Bangsar LRT Station, Bangsar on Nov 2, 2015. — Sunpix by Norman Hiu

KUALA LUMPUR: The more than two-hour delay on the Light Rail Transit (LRT) Kelana Jaya Line today was due to a signal fault in the Vehicle Control Centre (VCC), resulting in the train failing to operate automatically.

Rapid Rail Sdn Bhd (RapidKL) Kelana Jaya Line chief operating officer Ismail Abdullah said the problem occurred as one of the components in the power supply room was faulty, adding that the RapidKL technical unit was still investigating the matter.

“We experienced signal problems from Kelana Jaya to Kuala Lumpur Convention Centre (KLCC), and were unable to track the positions of 19 trains on that line. To ensure the safety of the passengers, all trains were driven manually to the 15 nearest stations,“ he told a press conference at the Rapid Rail Headquarters here.

The disruption, from 6.35am to 8.50am, involved 19 of the 47 trains operating this morning and affected almost 20,000 passengers using the LRT line from the Kelana Jaya Station to the KLCC Station.

Ismail explained that the problem with the VCC was a major one and involved a big number of trains and that this was the second incident involving the VCC since July 2018.

“The life span of this power supply unit is 28 years, but now it’s already 24 years. We are now seeing the effect and have taken steps to avoid a recurrence,“ he said.

According to him, RapidKL also took the initiative to make periodic announcements as well as to inform the public of any problems via social media.

RapidKL also provided 14 shuttle buses for those affected by the delay.

Ismail added that a total of 1,466 travel coupons were returned to the passengers. — Bernama