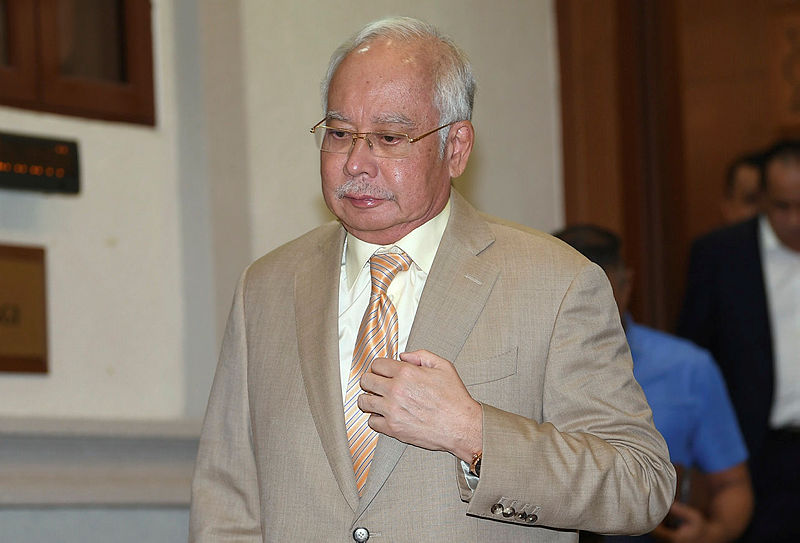 The former chief executive officer (CEO) of 1MDB, Datuk Shahrol Azral Ibrahim Halmi, 49, said this was because the JV agreement was signed by him and PSI CEO, Tarek Obaid separately.

“I signed the agreement at my office here and I believe Tarek Obaid signed it somewhere but not in Kuala Lumpur,“ he said when cross-examined by Datuk Seri Najib Abdul Razak’s (pix) lawyer Tan Sri Muhammad Shafee Abdullah, on the 25th day of the former premier’s 1MDB trial.

The ninth prosecution witness said the signing ceremony was scheduled on Sept 28, 2009.

He said during that time (Sept 28, 2009), there was a plan for Najib and the late King of Saudi Arabia, Abdullah Abdul Aziz al Saud, to witness the signing ceremony in Putrajaya but both of them did not attend the ceremony.

Asked by Muhammad Shafee when did the witness know the heads of government (Najib and King Abdullah) were not attending the ceremony, Shahrol Azral said, “I only knew a day earlier or on the same day of the event”.

Shahrol Azral said he did not know in advance as he was not in the Prime Minister’s Office (PMO).

“I was not in charge of Datuk Seri Najib’s calendar,“ he added.

Muhammad Shafee: But Jho Low hurried all this for nothing, he just wanted to speed things up so he got what he wanted. Because the ceremony didn’t happen after all.

Shahrol Azral: I wouldn’t have known at the time.

Meanwhile, the afternoon proceedings were adjourned after Muhammad Shafee told the court that he had to attend an eye checkup.

“I need to be present at the Columbia Hospital for an eye operation check-up. There is a procedure I need to do. My eye would not be usable for a few hours. I ask for the trial to continue on Thursday,“ he said, adding that Datuk Seri Gopal Sri Ram, who led the prosecution team did not object to the matter.