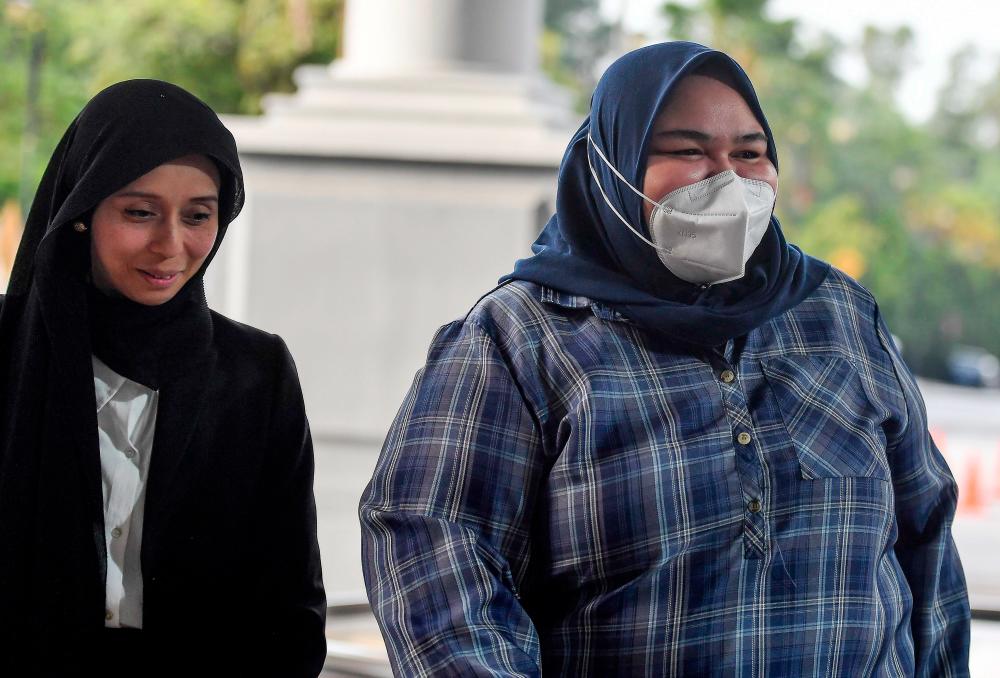 KUALA LUMPUR: The Sessions Court will set a new date for Siti Bainun Ahd Razali’s (pix) defence proceedings this Friday after the Rumah Bonda founder was given a 22-day sick leave starting Nov 28 due to her health condition.

Judge Izralizam Sanusi will set the new date after Siti Bainun’s counsel, Nur’Aminahtul Mardiah Md Nor informed the court that her client was required to take antibiotics for bacterial infection for 15 days before undergoing gallstone removal surgery.

“The infection was detected following a diagnostic medical procedure or endoscopy and blood test at a hospital yesterday.

“Siti Bainun was discharged from the hospital last night and was given a medical leave certificate (MC) from Nov 28 to Dec 19. My client also needs to return to the hospital on Dec 15 for follow-up treatment and on Dec 20 to determine whether the surgery can proceed or not,“ she said during the case mention today.

On Nov 24, the court ordered Siti Bainun to enter her defence on charges of neglecting and abusing a 13-year-old Down syndrome girl known as Bella after finding that the prosecution had succeeded in establishing a prima facie case against her at the end of the prosecution case.

“We are not doctors that can understand the health report because it has many scientific terms. Therefore, we request the doctor to be called to testify about the report,“ she said.

However, Izralizam said there was no need to do so and allowed the postponement as the accused was unwell.

Last Monday, the court allowed the defence’s request to postpone the trial scheduled to begin on Dec 5 because Siti Bainun was admitted to the hospital due to pneumonia.

The court set this Friday to deliver its decision.

Siti Bainun, 30 is charged with neglecting and abusing Bella till she suffered physical and emotional injuries at a condominium unit in Wangsa Maju between February and June 2021 under Section 31(1)(a) of the Child Act 2001 that carries a maximum of 20 years jail or a fine of RM50,000 or both if convicted. - Bernama