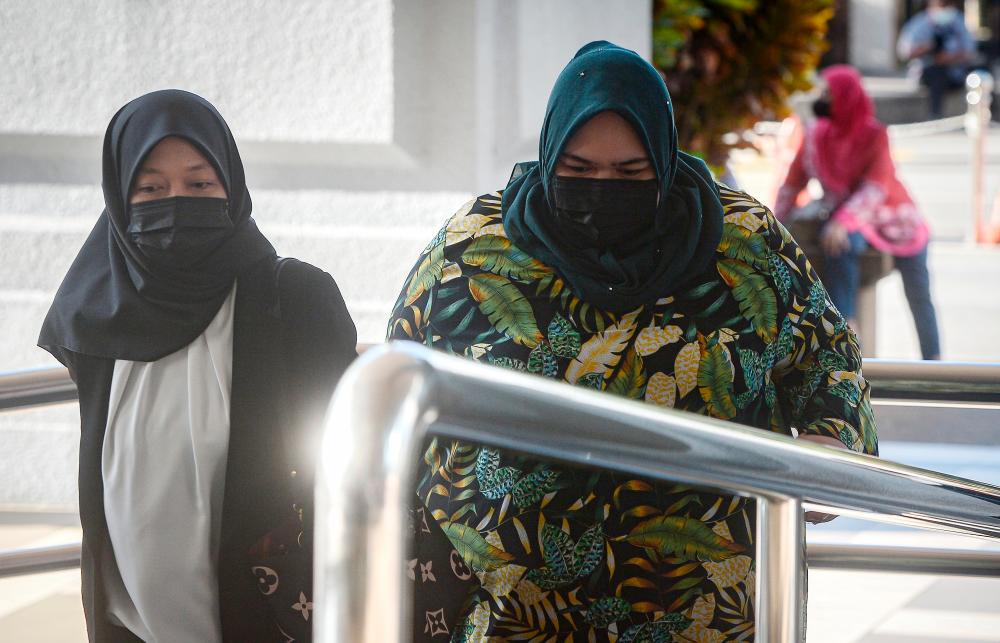 KUALA LUMPUR: A resident of Rumah Bonda told the Sessions Court here today that she bit the tummy of a teenager with Down syndrome, known as Bella, after being ordered to do so by the welfare home founder, Siti Bainun Ahd Razali.

Yasmin Nahar Mahmood, 18, said that Siti Bainun gave the order as Bella did not follow the accused’s instruction to stand at the laundry area of a condominium unit in Wangsa Maju where they stayed.

She said that following this, Siti Bainun became angry and ordered her to get a syringe containing hot water to be sprayed on Bella as punishment for being stubborn.

“I saw Bella squirming but she did not scream in pain....seeing this, Siti Bainun became angrier and ordered me to bite Bella’s tummy,” she said when shown a photo of Bella with the bite marks during the examination-in-chief by deputy public prosecutor Zilfinaz Abbas at the trial of Siti Bainun who is accused of neglecting and abusing the 13-year-old Bella.

Recalling the incident of Bella who was seen with injury marks on June 24, 2021, the fifth prosecution witness said that Siti Bainun’s close friend, Zurianty Sudin, known as Mommy, cried when she arrived at the condominium unit and saw how thin Bella was as though she didn’t have enough food to eat.

“Mommy came to the house to ask how we were and bought us (witness and the others including Bella) food. Mommy was surprised upon seeing Bella and asked us how Bella could be in that condition.

“We were afraid of telling the truth and not afraid that Mommy would scold us, but more afraid if Siti Bainun knew that we had disclosed what was confidential (Bella’s injuries) to Mommy,” she said.

The witness said that after Zurianty knew about Bella’s condition, Siti Bainun ordered her through a phone call to teach Bella to lie if anyone asked the teenager about her injuries, for example, that she was not beaten or scalded with hot water but had inflicted the injuries on herself.

“However, we could not teach Bella all these as Mommy had called an ambulance and Bella was taken down from the condominium and into the ambulancem,” she further recalled.

Zilfinaz then referred to a police report that had been made by the witness stating that Bella was often often harassed mentally and emotionally by the accused.

“Bella was always belittled and made fun of by Siti Bainun. Bella had always spoken on meeting her friend known as Amshanor but Siti Bainun told Bella that Amshanor had died and showed her the photo of a dead body that she sought and found on Google. Bella then cried,” said Yasmin.

Siti Bainun, 30, had pleaded not guilty to two charges of neglecting and abusing the teenager to the point of the victim suffering injuries and also emotionally.

The offences were allegedly committed at a condominium in Wangsa Maju, here, between February and June 2021, under Section 31(1)(a) of the Child Act 2001 which carries a jail sentence of up to 20 years or a fine of RM50,000 or both, upon condition.

The trial before judge Izralizam Sanusi continues on April 13. — Bernama