Smoking out an occupational hazard 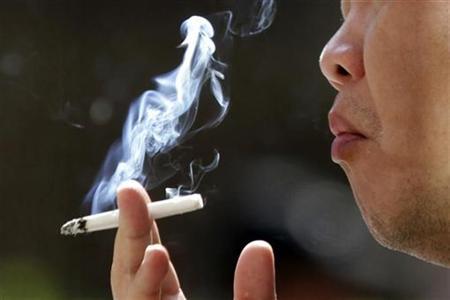 KUALA LUMPUR: The ‘No Smoking’ signs plastered on the walls of an office are conspicuous but nothing can stop a nicotine addict from lighting up even if it means having to do so in the storeroom or stairway.

In Malaysia, smoking is banned at all indoor workplaces but when hardcore smokers blatantly ignore the regulations, it is the passive smokers who have to suffer in silence and continue to inhale stale smoke that contains a never-ending list of toxic substances.

Cigarette smoke trapped indoors can adulterate the air quality of a building, which can eventually affect the health of the people working there all day long.

Not only that, in an enclosed space, it is not easy to get rid of the tobacco residue from cigarettes that build up on surfaces and furnishings.

According to occupational health specialist Dr Shawaludin Husin, cigarette smoke can linger in the air inside a building for two hours or longer after one has finished smoking, even if the windows are open.

“No matter where a person smokes – room, toilet, stairway or any place at the workplace – the smoke will linger in the air and can affect anyone inside the building,” he told Bernama.

Cigarette smoke produces a large number of contaminants, including 300 types of toxic gases, he said, adding that even though the smoke or smell is no longer evident, “it doesn’t mean that we are free from danger".

“The situation worsens when the cigarette smoke interacts with other types of air pollutants that may be present (in the building) due to poor ventilation and poorly maintained air-conditioning system,” said Dr Shawaludin, who is also deputy president of the Malaysian Society for Occupational Safety and Health.

Citing the findings of the 2011 Global Adult Tobacco Survey carried out in Malaysia, he said four out of 10 adults were exposed to second-hand tobacco smoke at the workplace.

Second-hand smoke – which is smoke inhaled involuntarily from tobacco smoked by others – causes more harm to passive smokers than smokers themselves, pointed out Dr Shawaludin.

“It can cause miscarriages and premature births. Children exposed to second-hand smoke are at risk of contracting respiratory disorders such as bronchitis, bronchiolitis and lung inflammation, as well as meningitis. They can also have learning difficulties and neurobehavioural problems and develop ear infections, allergies, cough and flu,” he added.

Cigarettes contain thousands of hazardous chemical substances, among them being tar which is carcinogenic and may cause lung cancer.

Stressing that exposure to an unhealthy working environment can render office workers vulnerable to the sick building syndrome (SBS), Dr Shawaludin said they would feel ill the minute they step into their office even though they were well earlier.

Describing the contaminants ensuing from cigarette smoke as among the main culprits of SBS, he said studies have shown that SBS is responsible for symptoms such as headache, flu, sore throat, and skin and eye irritations that one may manifest at the workplace.

The role of employers

Employers play an important role in ensuring the safety of their workers, as required under the Occupational Safety and Health Act 1994.

“Employers must investigate if there are complaints of workers smoking at the workplace.

“If an employer fails to take stern action to check the situation, they can be summoned by the Department of Occupational Safety and Health,” he said.

The department has also introduced the Industry Code of Practice for Indoor Air Quality 2010 to address issues related to indoor air contaminants and inadequate ventilation.

The code of practice has a list of sources of air pollutants, and among them is tobacco smoke emitted by the burning of tobacco products.

Dr Shawaludin said employers should also enforce internal regulations or policy to establish smoking at the workplace as an act of misconduct. He also urged them to carry out the Blue-Ribbon Campaign and create a smoke-free environment at their workplace.

“The onus is on the employer to create a healthier work environment, which will reduce sick leave taken by employees and hospital admissions. If the employer identifies tobacco smoke as the reason why workers are falling ill frequently, he should take stern action because it will not only affect productivity but also the company’s performance,” he said.

Admitting that smoking is not an easy issue to address, more so when most smokers find it hard to kick the habit, Dr Shawaludin said the government has to take bolder measures to change the situation.

He said polemics with regard to the rights of smokers can be “answered” via the introduction of stricter legislation, similar to what other countries have implemented, to protect Malaysians against the hazards of tobacco.

Citing Hong Kong as an example, he said as a result of stringent measures taken by the government, the number of smokers in the territory reduced to 10.7 percent from 23 percent between 1990 and 2014.

He said in Thailand, where smoking in public places, government and private premises and beach areas is banned, a new law came into effect in August last year under which people are not allowed to smoke at home if their habit has a negative effect on other family members. — Bernama

2.Federer feels worst is behind him but not rushing return

3.Theme parks may re-open to public in November