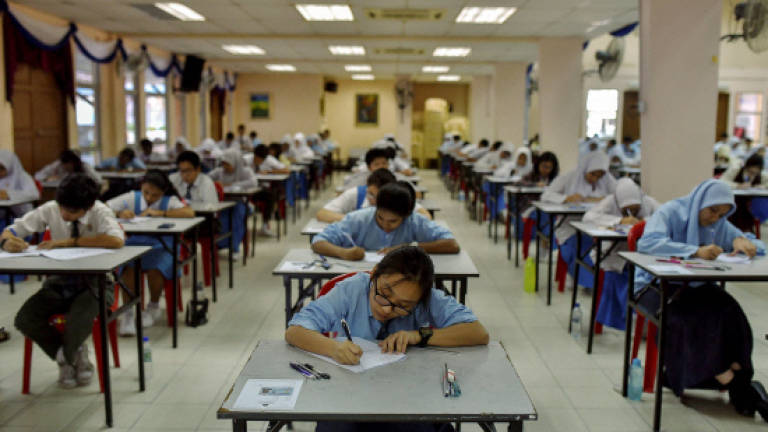 PUTRAJAYA: The capacity for Malaysian students to score straight As seems to increase year by year.

The lower the GPN score, the better the performance of the candidates, she explained.

Having done better, the percentage of candidates to be awarded SPM certificates have also increased - by 0.33%. This will see 337,773 candidates (86.72%) receiving their certificates.

“The number of candidates who obtained at least five credits, including Bahasa Melayu and a pass for History is 246,645,” she said.

A total of 307,445 or 78.93% of the candidates were able to master two languages by obtaining at least a pass for Bahasa Melayu and English Language subjects.

She also said that the analysis showed that on the whole, candidates in urban areas did better than those in rural areas.

Overall, there was improved performance seen for these subjects - Bahasa Melayu, English Language and Moral Education - while 27 other subjects including Islamic Education, History, Mathematics and Science, recorded a decline.

“The highest improvement in candidates’ performance was seen in the English Language subject, a 0.17% increase, while their performance in Science saw the lowest drop of 0.14%,” Habibah said.