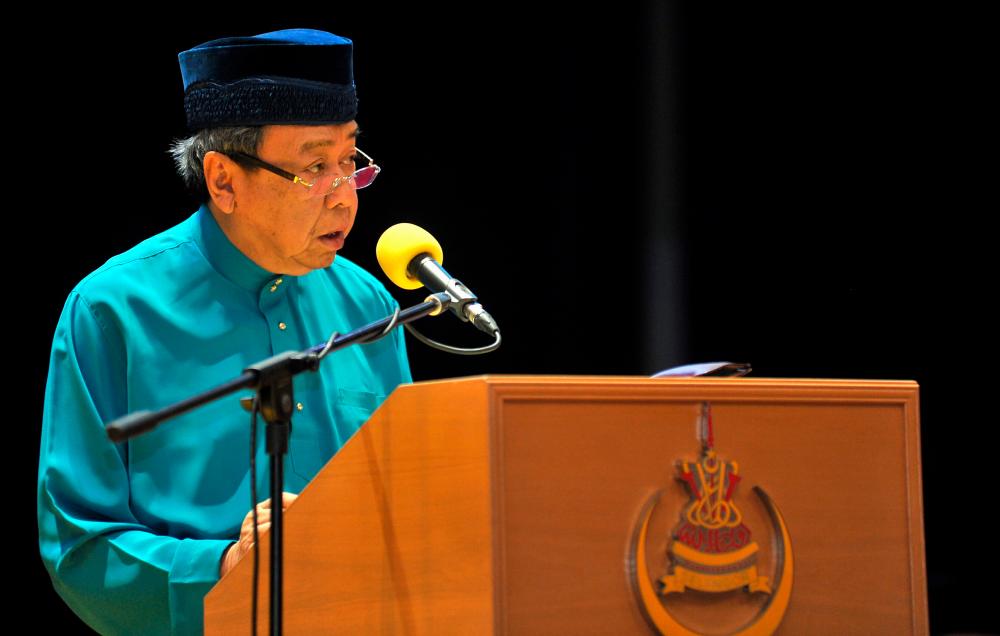 SHAH ALAM: The Sultan of Selangor, Sultan Sharafuddin Idris Shah (pix) , will go through the names of Al-Quran and Fardu Ain class (KAFA) teachers, mosque committee members and marriage solemnisers who do not want to be vaccinated to determine the action to be taken against them.

In a statement uploaded on the Selangor Royal Office Facebook page yesterday, Sultan Sharafuddin has conveyed his disappointment and sadness that only 203 out of the 873 religious teachers, mosque and marriage officials in the state had attended the special frontliners vaccination programme organised by the Selangor Islamic Religious Department (JAIS) at the Sultan Salahuddin Abdul Aziz Mosque.

“What further disappointed the Ruler was that out of the 203 present, 96 people refused to be vaccinated. What had happened was very disappointing as the individuals’ stubbornness would cause problems for others, especially religious school students,” it said.

Sultan Sharafuddin stressed that various initiatives and methods have been carried out in collaboration with JAIS and the Selangor Health Department, including expanding and facilitating the Covid-19 vaccine distribution to mosques and religious offices to ensure the safety of all Muslims in the state.

Meanwhile, State Public Health, Unity, Women and Family Development Committee chairman Dr Siti Mariah Mahmud said the refusal of some Muslims to be vaccinated will make it difficult for the authorities to allow the full reopening of mosques in the state.

“The reluctance of Muslims to take the vaccine has resulted in failure to get full approval to reopen mosques as there are still mosque officials who do not want to be vaccinated. This is very sad,” she said at a press conference yesterday.

JAIS director Datuk Mohd Shahzihan Ahmad was today reported as saying that out of the 146 individuals who were present as at 11 am, only 20 per cent of them agreed to receive the first dose of the vaccine.

He said the actual number of those ordered to be present at the programme, held in collaboration with the Selangor Health Department, was 872 from among the KAFA teachers, mosque officials and committee members, and marriage assistant registrars.

Following that, Mohd Shahzihan said JAIS is expected to present the list of individuals refusing to receive the Covid-19 vaccine under its special vaccination programme to Sultan Sharafuddin on Friday for further action.- Bernama