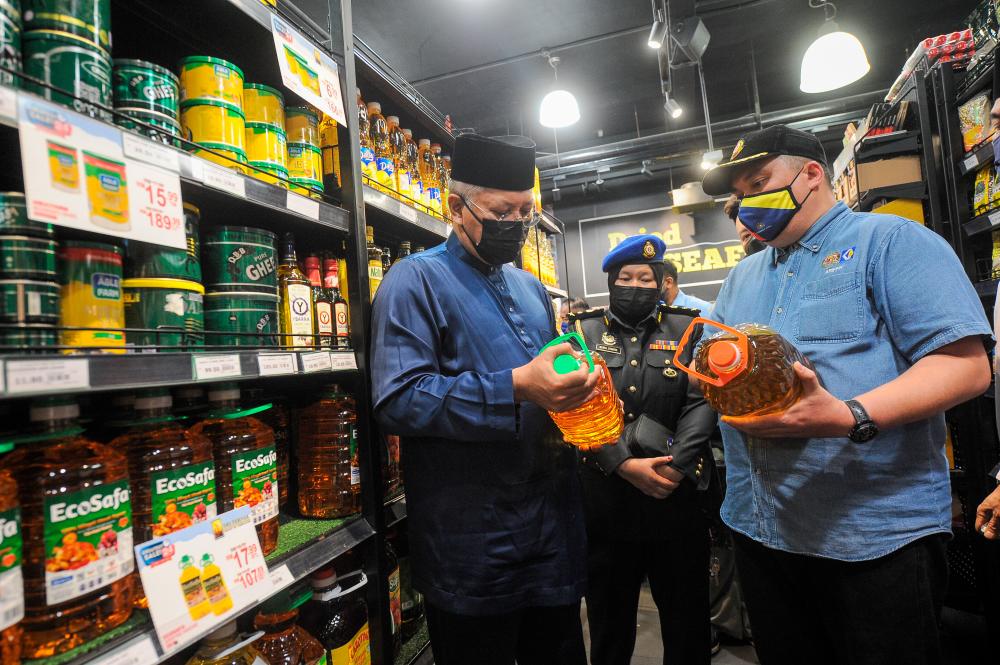 KUALA LUMPUR: A mismatch between supply and demand is among the causes of the rise in prices of goods, said Communications and Multimedia Minister Tan Sri Annuar Musa.

Annuar said in this connection, the Special Task Force on Jihad Against Inflation, which he chairs, would look into ways or methods to create a balance between supply and demand.

Citing vegetables as an example, he said suppliers were certainly faced with the issue of rising prices.

“Vegetable production has not yet reached the original capacity, a portion of workers has not returned, foreign workers hired have not yet entered and so on, while demand has started to rise to the original level.

“So there is a mismatch. If this is the situation, the committee (special task force) will discuss again how to create a balance between the supply side and demand side,“ he told reporters after checking food prices at Universiti Islam Antarabangsa Malaysia (UIAM) in Gombak today.

Earlier, Annuar had inspected food prices at the cafeteria of Universiti Malaya together with Domestic Trade and Consumer Affairs Minister Datuk Seri Alexander Nanta Linggi, before going to UIAM and a supermarket here.

He said it was possible that the failure of a system or a system was implemented but not running as planned might have also contributed to a shortage in supplies.

“For example, the system of providing 60,000 tonnes of subsidised cooking oil per month is to meet domestic needs but in reality, oil meant for domestic consumers has been used by the non-domestic sector.

“Just like today I could see bags of oil were clearly used for commercial purposes,” he said.

Annuar said when this practice became widespread, there would be a shortfall in supply for domestic consumers, possibly leading to bigger leakages if the situation was not controlled and rectified.

“So, I feel there should be an effort for us to improve this mechanism. This task force will discuss with the parties involved,” Annuar said.

Annuar said he would continue conducting checks in other locations because many more goods need to be assessed in determining the Consumer Price Index in the basket of goods and services for combating inflation.

He said the task force would also call up several economists and key subject matter experts to join its meetings to find the best ways to tackle the inflation issue. - Bernama