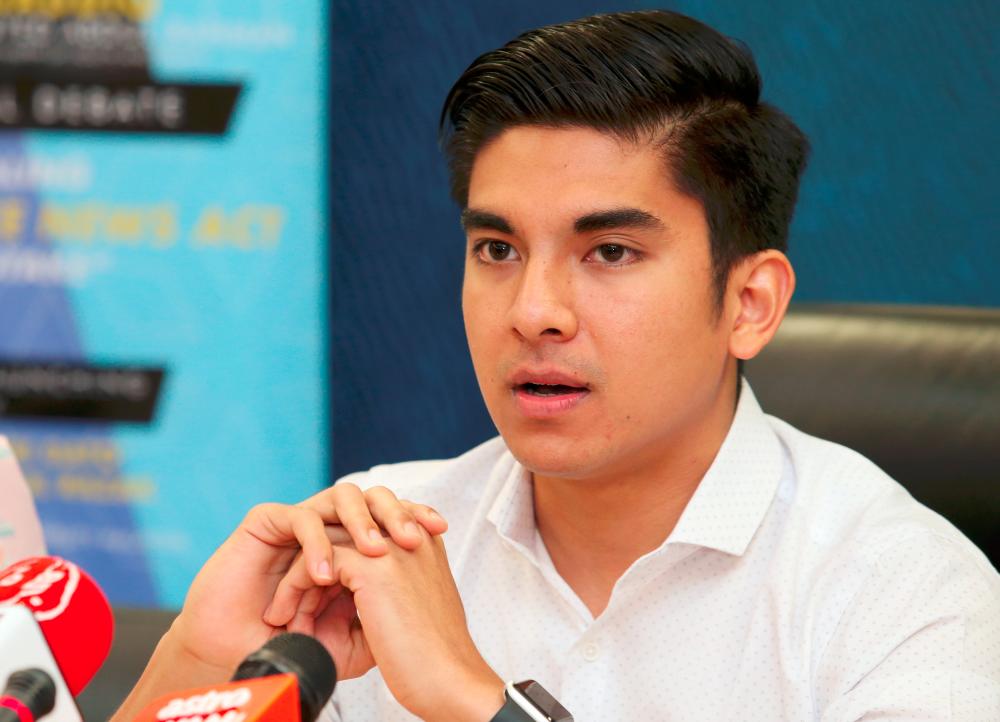 He said Malaysians already recognise others’ right to criticise and if a person criticised someone, he could also face criticisms.

“This is the nature of democracy,“ he said after meeting participants of MyFuture Youth Plus at Parliament today.

He was responding to questions from the media on his Twitter response to Tunku Ismail, that some quarters had deemed as a “declaration of war”.

In a tweet today, Syed Saddiq said “we respect the Tunku’s right to criticise. I hope that Tunku would also respect the rakyat’s right to respond to the criticism. There is no need to insult, threaten or scorn”.

Earlier in the week, Prime Minister Tun Dr Mahathir Mohamad had reminded the prince that while he could always criticise the government, he should not break the law.

He said Tunku Ismail was not above the law, adding that the government never prevented any citizen from expressing his or her opinion on its administration.

“He can always make remarks like a normal ordinary person. He can criticise the government as long as he doesn’t go against the law,“ Mahathir said on Tuesday.

“If he makes statements that are deemed seditious, then we will take action against him.

In an immediate response, Tunku Ismail said he was ready to face any criminal action if he has indeed made any seditious remarks.