Teen who was ‘bathed like a corpse’ spared jail term 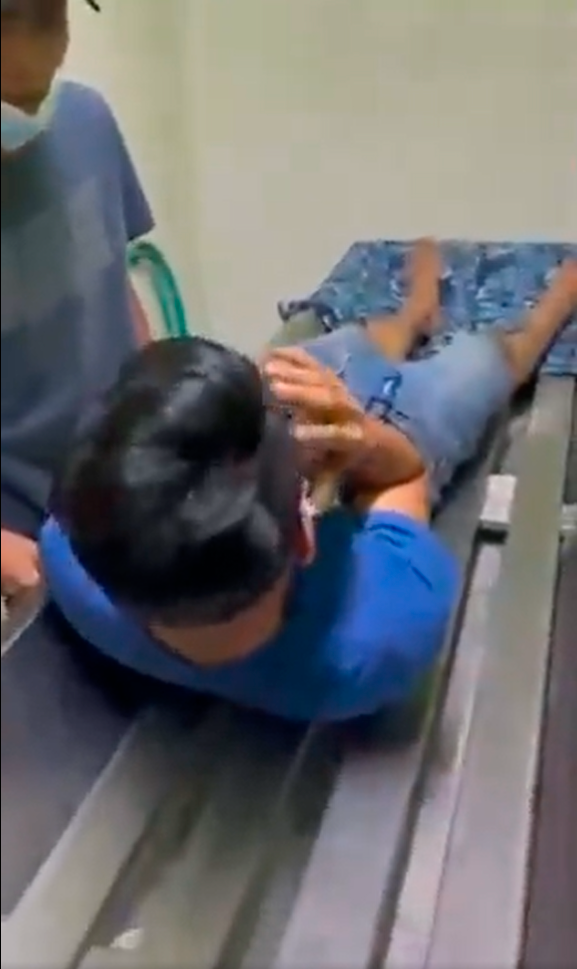 Screengrab from the viral video

SHAH ALAM: The Shah Alam High Court here today set aside the 10-day jail sentence and RM4,000 fine meted out by the Selayang Magistrate’s Court on the teenager who tried to steal from a mosque donation box recently.

Instead, Judge Datuk Abd Halim Aman ordered the teenager Daniel Iskandar, 19, to perform community service for 120 hours, which must be completed within six months at local mosques.

The judge also suggested that the mosque committee, those who recorded and caused the video of the teenager to go viral, openly apologise to the teenager and the general public to clear the air.

Abd Halim also reprimanded and reminded the public not to take the law into their own hands, but instead should learn the lesson from the teenager’s case for the sake of the Malaysian Family.

“The court is aware that the teenager had already served the 10 days’ jail and also paid the RM4,000 fine, but for the sake of his future and to have a clean record, the decision must be delivered,” he said when reading the judicial review of the sentence meted out by the Magistrate’s Court’s on Daniel on Jan 13.

Following that, the judge said Daniel must also report to the Social Welfare Department (JKM) officer within seven days from today and was also required to follow the schedule set for him.

“The young offender is required to follow the activities and programmes as well as adhere to other instructions from the JKM and the community service must specifically be carried out at mosques only,” he said.

He said the order was made under Section 293 (1) of the Criminal Procedure Code (Act 593) and if the teenager failed to comply with the order, he could be brought back to court and punished with the original punishment.

On the punishment meted out by the Magistrate’s Court, Abdul Halim said the court found that there was a misconception of law, misdirection and miscarriage of justice against the accused.

“At the same time, the court found that the punishment does not show a form of rehabilitation with the facts clearly showing that the accused is the first offender and has pleaded guilty. What he did was just an attempt to steal and no loss was suffered by the mosque,” he said.

Meanwhile, Daniel’s mother Jasma Rosli, 41, when met outside the courtroom, said the decision made by the High Court today was indeed a lesson for all quarters.

She also admitted that, as a mother, she too, could learn something from the incident.

“I admit my mistake and negligence that may have caused this incident to happen,” she said.

Jasma also agreed that the judge’s call for those involved to apologise to her son was merely a gesture to clear the air. - Bernama