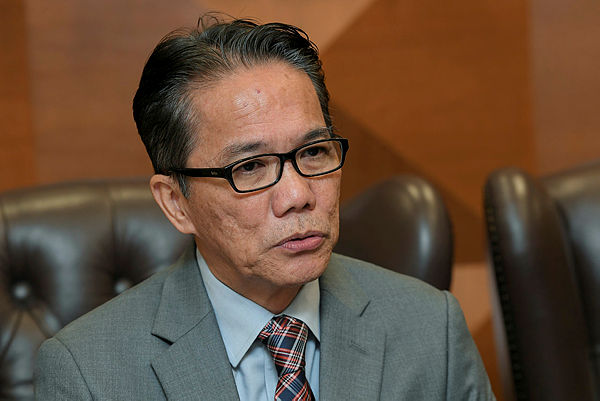 BATU SAPI: The replacement of the IMM13 document for refugees from southern Philippines with the proposed Temporary Sabah Pass (PSS) is a reflection of the government’s earnestness to resolve the influx of undocumented immigrants into Sabah, says a federal minister.

Minister in the Prime Minister’s Department Datuk Liew Vui Keong (pix) said approaches on how to tackle the perennial problem was a regular topic at Cabinet Meetings.

“So issuing the PSS, I believe, is only the first step by the Home Ministry which is constantly finding ways to identify the immigrants in our country,“ he told reporters at an event organised by the National Disaster Management Agency to present donations to fire victims today.

He was asked to comment on the announcement by Home Minister Tan Sri Muhyiddin Yassin in Kota Kinabalu yesterday on the proposed PSS.

Liew noted that hordes of Filipinos reportedly fled to Sabah in the 70s following civil unrest in southern Philippines.

“It’s been several decades now and we can see that the situation in the neighbouring country has stabilised. Yet certain groups are taking advantage of the IMM13 document that could pose a threat to our security in regard to their identity,“ he said. — Bernama

2.French League to meet after Lens vs Lille crowd trouble

4.Use of health facilities in Negeri Sembilan at good level — MB