There is no plan B, we need plan A-Plus 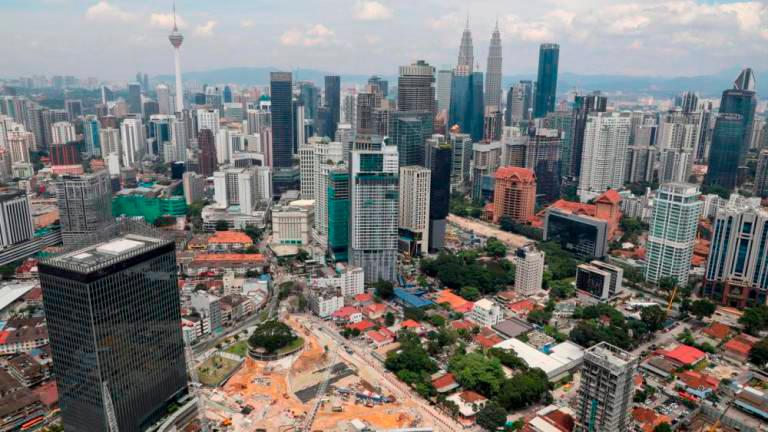 In December last year we presented our scenario analysis for 2021 in which we predicted a “survival trap” period where consumers, firms and the government ran down their reserves, followed by a “tipping point,” around now where the economy faced a 50% chance of a weak recovery or a 30% chance of a mild recession.

Our recent update based on new economic data and the impact of various lockdowns suggests that a recessionary scenario is more likely at around 35%. We have also raised the likelihood of a weak recovery to 55%.

The strong rebound hoped for by the government is all but gone with only a 5% chance and we put the same odds on a full-scale slump.

Our general scenarios are shared by many independent organisations. On June 8, the SME Association of Malaysia said there had been 100,000 small business closures and 50,000 more to come.

The following day, the Malaysian Employers Federation warned that many firms have zero cash-flow. Even in government circles the warning signs are clear.

A survey by the Ministry of Entrepreneur Development and Cooperatives (Medac) published on June 4 said more than 90% of micro, small and medium enterprises risked closure, with 54% saying they could only survive three to six months and 72% expecting to suffer losses.

The following day, Minister in the Prime Minister’s Office Datuk Seri Mustapa Mohamed confirmed that the government target of 6% to 7.5% economic growth for 2021 would not be met.

On May 22, Finance Minister Datuk Seri Tengku Zafrul Tengku Abdul Aziz had warned that the MCO 3.0 lockdown would knock 1% off economic growth and a full lockdown could push unemployment to one million and affect four million people.

He had previously said around 2.8 million enterprises would be hit by lower income if there was a full lockdown.

Well, the full lockdown was enforced on June 1 to 14 and now as we come to the end of it, and enter an extended MCO 3.0-type lockdown until June 28, we are coming to understand the full costs and likelihood of further lockdowns beyond that. We estimate the costs will be RM107 billion if lockdowns continue into the middle of July.

This has encouraged many suggestions for what might be called Plan B options, additional policy measures to manage and stimulate the economy.

Loan moratoria, rent reductions, help with utilities, new grants and soft loans or even our own preferred option of direct cash transfers, which is gaining significant support.

The truth is that the Plan B options are short-term solutions, many are already in place and none of them offer long-term solutions to the structural damage being caused by the extended lockdowns and the uncertainty around when, if and how, they will be eased.

We are depleting household savings, company cash reserves and even government fiscal space and Plan B options will not restore any of these quickly.

In fact the direct cash injection of RM5 billion announced in the Pemerkasa PLUS stimulus package is enough to treat more than 400,000 Covid-19 patients, raising the question whether it would be better spent to treat the illness directly rather than to support the economy which has been shut down in a vain attempt to stop the illness.

As economists we need to be clear that the economic damage is caused by the lockdowns not by the virus.

Instead of a Plan B wish-list approach it is possible to consider a Plan A-Plus approach.

This would focus on opening the economy quickly while separately extending and diversifying the current anti-virus strategy to target two different outcomes simultaneously.

The first is to continue with the existing distribution plan for the vaccines as the definitive solution. The second is to try to achieve a significant and consistent reduction of cases and deaths quickly using multiple alternative, parallel methods.

Evidence from the UK shows that reliance on only one strategy such as, “lockdown and vaccinate,” is risky and has proved ineffective, especially in the face of new variants.

Even with a hugely successful vaccination programme, where almost 80% of the adult population has one dose and 56% have two doses, the end of lockdown on June 21 is likely to be pushed forward by at least one month.

New cases pushed by new variants have more than tripled in the last month.

One alternative is to implement a very aggressive campaign in treating new cases with prophylactic or preventative treatments and therapeutic agents.

The experience in Mexico City and Peru or in Uttar Pradesh in India, where a well-known drug called Ivermectin has been used, suggests that new cases and deaths can be reduced significantly within a month without interfering with the vaccines.

From the real world evidence, prophylactic or preventative treatments appear to be very effective if given at an early stage and in India the government, health ministry and medical experts have supported the wider use of such treatments in Goa. It is also inexpensive and appears to be effective against variants.

Another alternative that has been suggested before in Malaysia is the, “test, trace, isolate and treat,” regime advocated by the World Health Organisation, again to be run in parallel with the vaccine programme.

From an economic perspective based on a benefit-cost analysis these options would allow us to detach the economy from the long and complex management of the virus.

This offers the prospect of keeping new cases low and isolated from the rest of the population quickly.

This would help avoid a long and deep recession or extended lockdowns if the new variants of the virus begin to take effect as they have done in the well-vaccinated UK.

If it is successful, the Plan A-Plus option, deploying multiple Covid-19 management options separately from economic lockdown, could allow the full reopening of the economy starting from August and the beginning of a real new recovery phase of the economy.

With the “lockdown and vaccinate” plan alone, the time, logistics and efficiency problems will not help to reopen the economy quickly and we will be dragged into a recession or held on a slower recovery path at huge cost to the economy, society and the long-term development of the country.