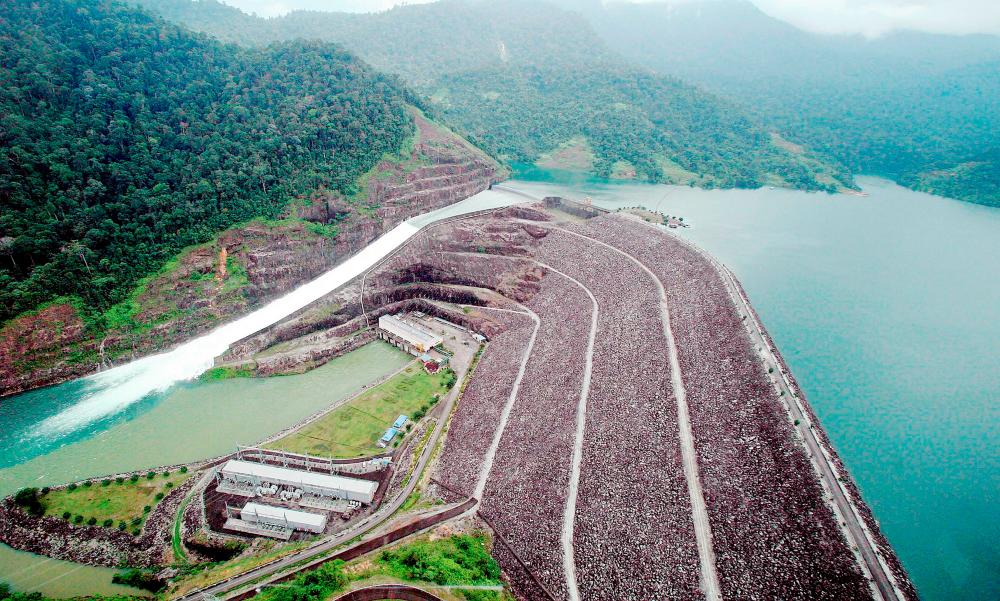 KUALA TERENGGANU: The Tenaga Nasional Berhad (TNB) Sultan Mahmud Power Station (SJSM) in Kenyir, Hulu Terengganu is back in operation to strengthen the National Grid as all four of its power units have resumed operations three months earlier than planned.

The station was forced to shut down on Feb 27 after a landslide occurred following unusually heavy rains in Hulu Terengganu and was fully operational again last Sunday (June 26).

“We hope that the four SJSM power units will run smoothly and the green energy will continue to provide reliable power supplies to the people,” he said in a statement today.

The commissioning of SJSM’s unit 1 and 2 from the National Load Dispatch Centre (NLDC) at the TNB headquarters in Bangsar was officiated by Baharin on June 19.

When fully operational, SJSM is able to contribute an average of 1,600 gigawatt-hours per year, which can prevent the release of 537,600 tonnes of carbon dioxide (CO2) in the atmosphere, if power is generated from fossil fuel (gas), which is equivalent to the carbon emissions from 116,869 vehicles on the road per year.

According to Baharin, the amount of energy generated by hydro could avoid fuel costs of about RM463 million a year compared to the use of coal as fuel.

“This comes following the extraordinary increase in prices as a result of the global fuel crisis brought on by the pandemic and further worsened by the Russian-Ukraine conflict.

“TNB is also developing a fourth hydroelectric scheme in Nenggiri, Gua Musang, Kelantan with a capacity of 300MW which is expected to start operating in 2027,“ he said.

He said the restoration was important in enabling the station to lower the lake water level as preparation for storing more rainwater during the monsoon season which is expected in November. — Bernama