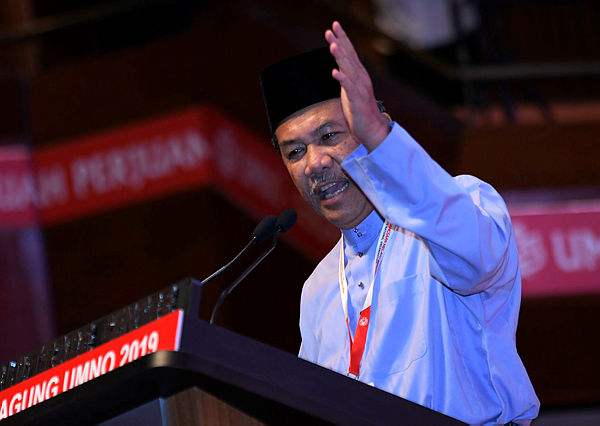 PETALING JAYA: Datuk Seri Mohamad Hasan (pix) said it is sad that PKR leaders are squabbling over the prime minister post instead of improving the economy and the livelihood of Malaysians.

The Umno deputy president said he took note of the recently concluded PKR national congress, claiming the party leaders and members seemed to be more concerned about getting into power.

He said the internal conflict within PKR and Pakatan Harapan (PH) would remove any suspicion among Malaysians that the country is now in the wrong hands.

“The infighting in PKR from top to bottom is extraordinary. This conflict is marred by scandals and power play revolving positions in the government.

“It is sad their disputes are not because they are finding ways to address the decline in the ringgit value and the stock market, identify the reasons behind the increasing national debt or to help those in need.

“Instead, they are fighting over who should be or is more qualified to be the prime minister, and whose scandal is worse,” he said in a statement last night.

Mohamad, or better known as Tok Mat, said it is extremely worrying that the infighting involved ministers who should be focusing on developing the nation.

He also pointed out that the continued power struggle was affecting Malaysia’s economy, with billions of ringgit in foreign investments leaving the country since the change in federal power last year.

“It was reported that last week alone, RM700.2 million in foreign funds left Bursa Malaysia. This made the total figure surpassing RM10 billion in 2019,” he said.

Both PKR leaders are also in the centre of sex scandal allegations. Bella case: Court decides tomorrow whether Siti Bainun will be freed or to enter defence