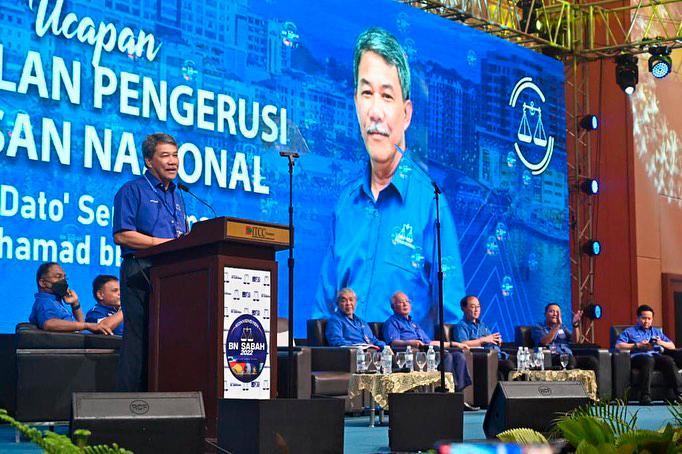 Therefore, the Umno deputy president said the views of certain individuals who went against the policy did not represent the views of UMNO or BN.

He also stressed that Umno and BN pledged their sincere support to Datuk Seri Ismail Sabri as the country’s Prime Minister, adding that no quarters in the party or the coalition have launched attacks on Ismail Sabri’s leadership.

“Recently we have acknowledged that the Prime Minister (Ismail Sabri) is our poster boy in facing the GE15, this clearly shows the party’s sincerity to ensure that the party is in a calm state before we face the election.

“But the words of one or two people cannot be viewed as the party’s policy as the policy clearly states that our poster boy is Datuk Seri Ismail Sabri Yaakob,“ he said at a press conference after officiating the Sabah BN Convention here today.

He was asked to comment on Ismail Sabri’s speech that he made at the BN supreme council members’ dinner together with the Sabah BN leadership last night of which he asserted that he was a Prime Minister from the coalition, therefore any attacks on him would weaken BN’s leadership.

“After all, BN’s tagline is stability for the sake of prosperity,“ he said. - Bernama