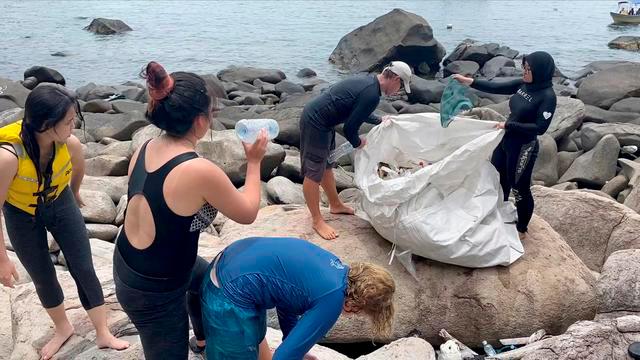 PETALING JAYA: Toxic chemical additives and pollutants that pose multiple health threats to humans and the environment have been found to be present in plastic pellets collected on a Malaysian beach.

Saying this, the Consumers Association of Penang (CAP) pointed out that plastic pellets are known to leak out during production and transportation.

Plastic pellets are the materials that are used to produce plastics. They are found on beaches all over the world including Malaysia, its president Mohideen Abdul Kader said today.

The health effects associated with these chemicals include causing cancer or changing hormone activity known as endocrine disruption, which can lead to reproductive, growth, and cognitive impairment.

Many of the toxic chemical additives have several other known health impacts, persist in the environment, and bio-accumulate in exposed organisms.

“In order to get a global picture of the role plastic pellets play in spreading toxic chemicals around the world, CAP participated in a study with the International Pollutants Elimination Network (IPEN) and International Pellet Watch (IPW),” Mohideen said in a statement.

“Twenty-three NGOs including CAP participated in the sampling of plastic pellets found on the beach, which contributed greatly to increasing the available data on chemicals in this type of plastic pollution.

“In the study, plastic pellets were collected from a beach on Penang Island and analysed for polychlorinated biphenyls (PCBs) and benzotriazole UV-stabilizers (BUVs).”

“It is reported that the common sources include legacy contamination in the environment, unintentional production, leaking from old electric transformers and disposal and recycling. PCBs have several negative effects on human health and the environment and since 2015 they are classified as carcinogens.

“The samples studied were found to contain 8 out of the 10 BUVs included in the study. It had a total concentration of 246-1,275 ng/g. which puts them in the middle range compared to the other pellet samples,” he said.

Benzotriazole UV-stabilizers (BUVs) are a group of UV-stabilizers that are added to plastics, coatings and cosmetics. Although data are scarce on some types of BUVs several BUVs can bioaccumulate and are persistent in the environment. Some of them are also known as endocrine-disrupting chemicals.

“Malaysian authorities should take the cue from these results as it was reported earlier this year, the X-Press Pearl container ship caught fire and sank off the coast of Sri Lanka. The UN report describes it as the largest plastic spill in history and the pellets from this spill are set to spread from Sri Lanka to the shores of Malaysia and Somalia,” Mohideen said.

“The UN called it Sri Lanka’s ‘worst maritime disaster’, with 87 containers on board spilling billions of plastic pellets into the sea, many of which ended up on the country’s beaches.”

Spills of plastic pellets which are used to create plastic products, have huge impacts on the environment when dropped into the ocean. However, the International Maritime Organisation (IMO) still does not recognise them as hazardous under its dangerous goods code for safe handling and storage.

When released into the ocean, plastic pellets are hard to be distinguished from fish eggs, as they are of similar size and colour. They are often mistakenly eaten by fish, seabirds and other marine wildlife. Plastic pellets can cause ulceration, as well as tricking fish into feeling full, believing they have eaten, which can lead to malnourishment and starvation.

Plastic pellets also act as “toxic sponges”, meaning they draw pollutants around them to their surfaces. These pollutants can then enter the food chain when these fish are eaten, which can bring about much wider impacts on the ecosystems.

More than 220 marine species have been shown to eat microplastics like plastic pellets, as well as other plastic debris.

Dr Therese Karlsson, IPEN science and technical advisor, and lead author of the beach pellet study said “These new studies further support our recommendation that international action to create more sustainable uses of plastics needs to look beyond waste to address harm and damage related to the toxic chemical additives in plastics.”

CAP calls on the Malaysian authorities to not only focus the campaign against plastic to just single-use plastic bags but to:

· Promulgate laws governing the production, use, recycling, and disposal of all plastics.

· Minimise the use of plastics.

· Ban the use of toxic chemicals in plastics.

· Ban the import of plastic waste.