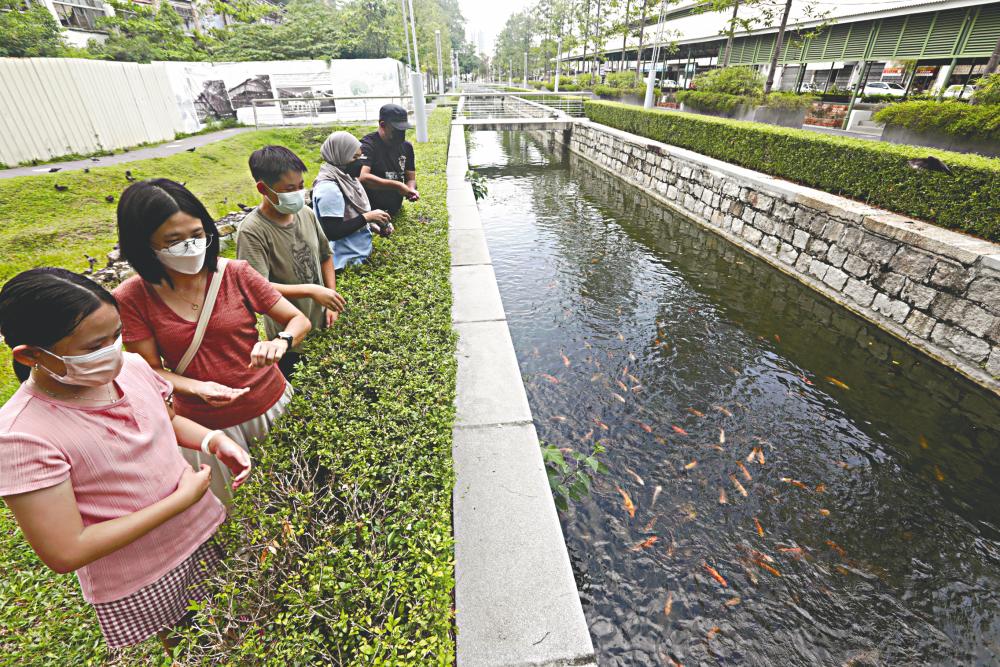 PETALING JAYA: The transformation of Prangin Road Canal from a smelly and dirty “longkang” into a tourist attraction is one of the examples of rejuvenation of an urban public space.

The canal passes through the Sia Boey area, which was an early trading hub in George Town with activities centred around the canal, the 19th-century market hall and shophouses.

The transformation of the Sia Boey area started in 2018 when the George Town World Heritage Incorporated (GTWHI) started the “Sia Boey Rejuvenation Project”.

Archaeological and historical investigations had also shown the existence of cultural artefacts in the canal.

The canal is an integral part of George Town’s drainage system, where rainwater would flow into the waterway to prevent flooding.

“The rejuvenation of the canal involved heavy excavation works to construct a bypass to channel the dirty water out from the canal. We also planted trees along the canal and put fish in it,” Ang told theSun.

She said the canal was divided into 10-metre sections and each section was excavated.

Artefacts that were found, such as pottery and glassware items, were set aside for the archeology team to examine.

Four years of campaigning and creating awareness among the public on keeping the Sia Boey area clean paid off when George Town was named one of Asean’s cleanest cities at the Asean Tourism Forum 2022 in Preah Sihanoukville, Cambodia in January.

“A lot of work was put in by the Penang Island City Council to keep the Sia Boey area clean. I would also like to congratulate Penang residents for doing their part.”