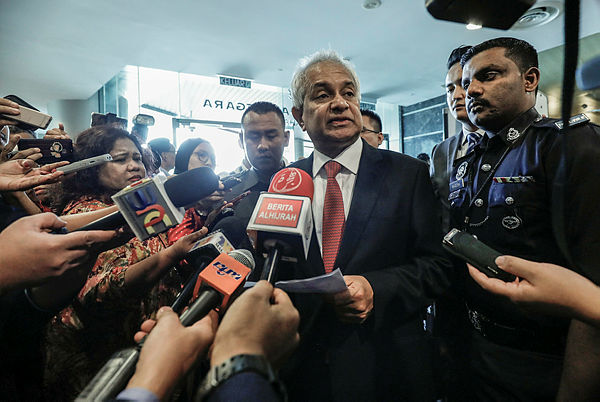 KUALA LUMPUR: A five-member tribunal is to begin an investigation on Monday in the Klang Court into allegations of misconduct by six former members of the Election Commission (EC) in the preparation and conduct of the 14th General Election (GE14) this past year.

He said in a statement that the counsel assisting the tribunal would be M. Puravalen of the Malaysian Bar and Kogilambigai Muthusamy and Ann Khong Hui Li from the Attorney-General’s Chambers, with Ann Khong also serving as the secretary.

Thomas said the proceedings would convene at 10am.

“Although the six Election Commission members have resigned from office, the tribunal has a free hand to decide on all matters pertaining hereto as they deem fit when making their recommendations to the Yang di-Pertuan Agong,” he said.

Thomas said serious allegations of misconduct had been levelled against the EC for their role in the preparation and conduct of the 14th General Election, prior to and on polling day on May 9, 2018.

“In consequence, the Prime Minister represented to His Majesty, the Yang di-Pertuan Agong, that the six remaining members of the Election Commission ought to be investigated and, if serious misconduct is found, be subject to a possible removal from office pursuant to Articles 114(3) and 125(3) of the Federal Constitution, that is, by a tribunal of judges.”

On Oct 17, 2018, it was reported that the government had begun the process of setting up the tribunal. A day later, five members of the EC announced their resignation from office. The one remaining member tendered his resignation on Nov 27, 2018.

“All these resignations were to have taken effect on Jan 1, 2019,” Thomas stated. — Bernama