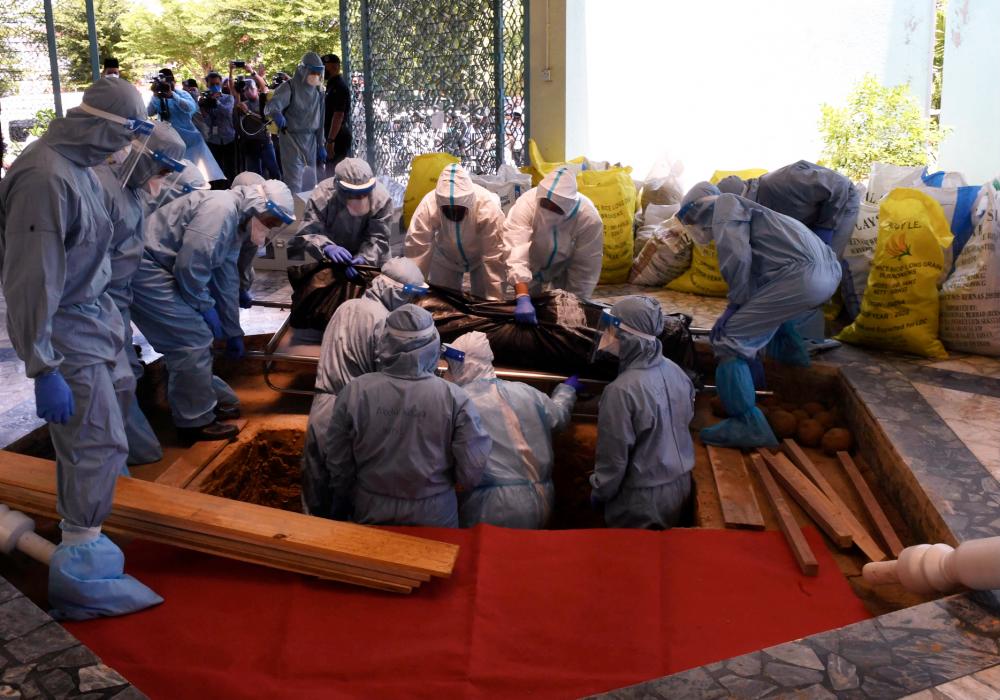 KOTA KINABALU: Former Sabah Governor Tun Sakaran Dandai was laid to rest at the State Warriors’ Mausoleum here at 11.50am.

The hearse carrying the remains of Sakaran arrived at the mausoleum at 11.16am, accompanied by several hospital staff clad in personal protection equipment (PPE).

He breathed his last at the age of 91 at the Gleneagles Hospital in di Kota Kinabalu at 5.30am today.

He was admitted to the hospital due to Covid-19 infection on Aug 18 before being warded in the intensive care unit over the past five days.