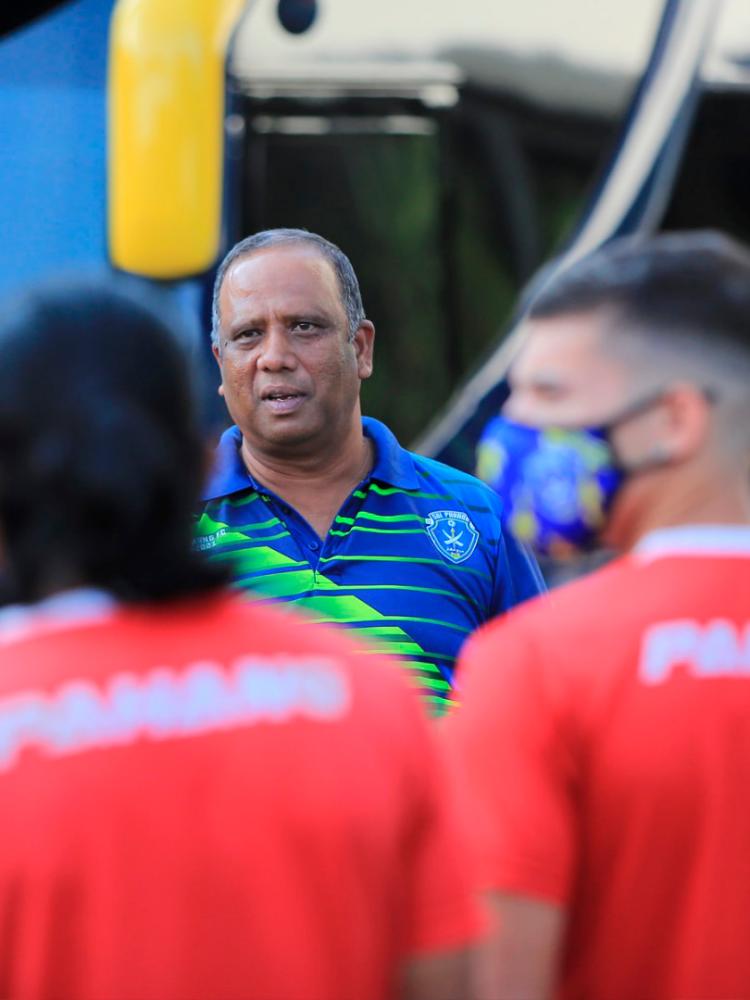 SEREMBAN: Sri Pahang FC team manager Dollah Salleh and seven of his family members were involved in a road crash after the vehicle they were travelling in skidded at Kilometre 8 of Jalan Kuala Pilah-Batu Kikir, near here, last night.

Kuala Pilah police chief Supt Amran Mohd Ghani said the crash occurred at about 9pm while the family members were believed to be heading to Shah Alam, Selangor, from Muadzam Shah, Pahang.

He said Dollah, 59, who is also a former national coach, was slightly injured on the neck, while his wife, Roslina Ibrahim, 58, on the check.

Other family members travelling in the Toyota Velfire multi-purpose vehicle (MPV), including a nine-month-old baby boy, were not injured, he added.

He said preliminary investigation found that the incident occurred when Dollah’s son-in-law, Muhammad Shafiq Shukaimi, 34, who was at the wheel of the MPV, lost control of the vehicle, causing it to veer onto the opposite lane and almost plunged into a ravine before stopping.

All the victims were rushed to Kuala Pilah Hospital and were reported to have been discharged early today, he said in a statement.

Images of the crash, believed to have been taken by residents in the area, went viral on the social media since last night.