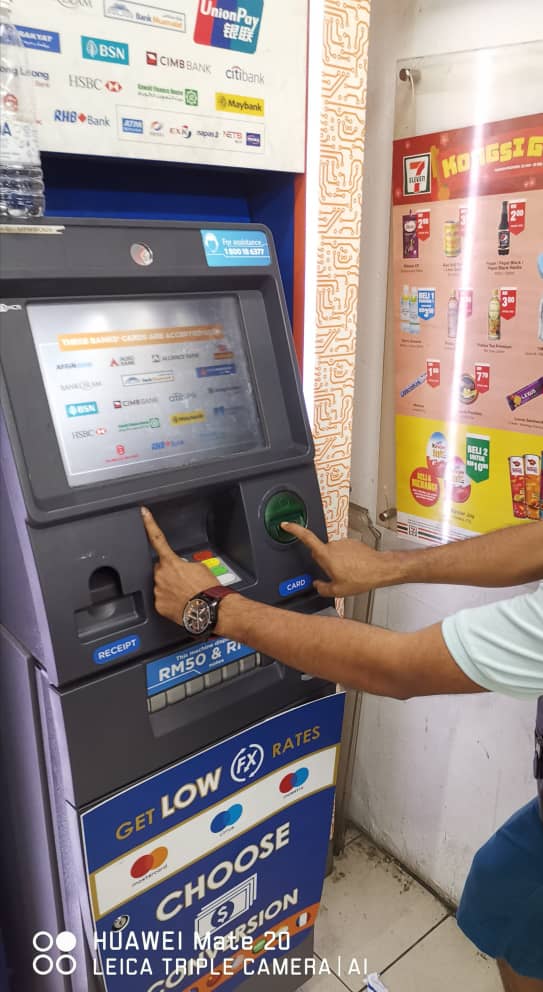 The skimmer is installed at the place where the ATM card is inserted.

It is learnt that police were tipped-off by the public who spotted the men installing the devices on the ATM.

Five policemen from the Tun H.S.Lee police station went to the scene and on inspecting the ATM opposite a 24-hour convenience store, they found a skimmer device planted to the card slot and a spy camera attached above the keypad of the machine.

Dang Wangi police chief ACP Shaharudin Abdullah said after learning the device was a skimmer, the policemen removed it from the machine.

He said the team spotted the three suspects not far from a convenience store and approached them.

Shaharudin said the three suspects, who are aged between 30 and 48, were promptly arrested before being taken to the Dang Wang police headquarters for further action.

It is learnt that the suspects had used the skimming device to obtain data from ATM and credit cards before creating counterfeit cards while the hidden spy camera was to record the personal identification numbers (PIN) of card users.

With this, it would enable them to steal cash by making illegal withdrawals.

Drop in cases corruption cases among civil servants in Sabah