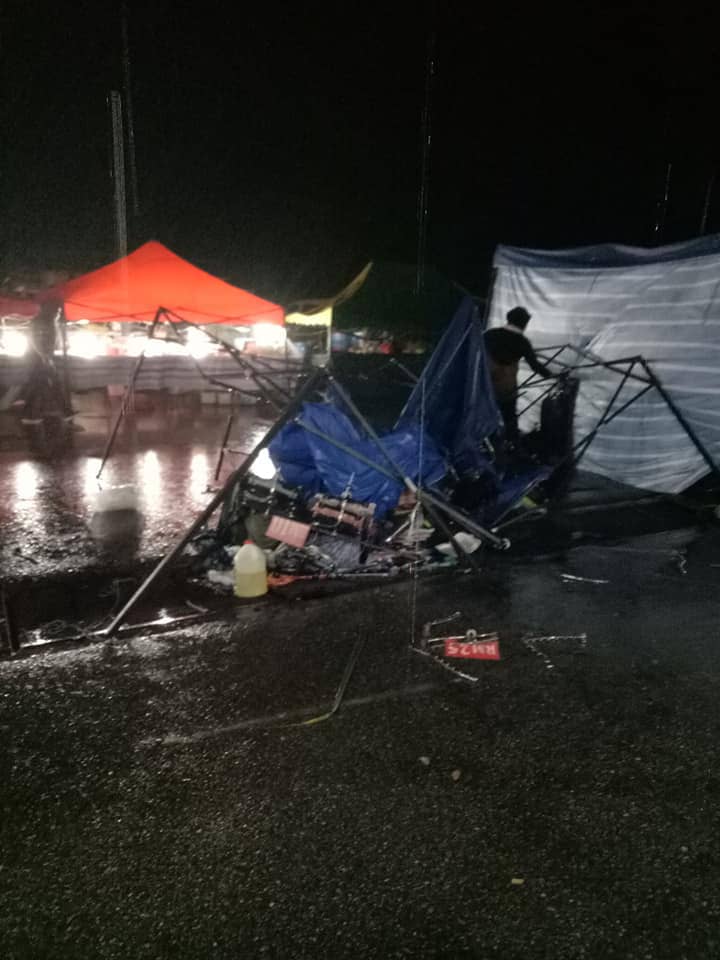 Tents are blown away by the thunderstorm at Langkawi today.

LANGKAWI: Six localities on the island were struck by a strong thunderstorm which had uprooted trees and caused electric poles to fall.

The storm began around 8.30pm, causing discomfort to residents and tourists alike.

Tourism Langkawi president Ahmad Pishol Isahak said that it was an unusual storm as the wind factor was stronger than the average tropical storms that Langkawi had endured in the past.

The island was also presently hosting two Unesco inspectors who were visiting the island to re-validate its status as a Unesco geo-park global site.

At night market sites, several tents were blown away but at press time, there were no reports of any major injuries.

Meanwhile, a similar surge of strong winds have arrived in Penang, causing the same trail of damage as in Langkawi. Trees were also uprooted in the Pearl of the Orient. State executive councillor Phee Boon Poh urged the public to be vigilant when travelling outdoors.