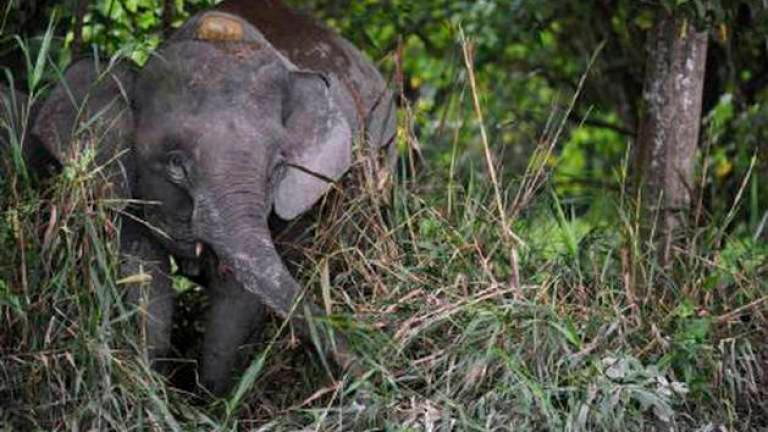 GUA MUSANG: More than 300 Orang Asli residents in Kampung Aring 5, here are fearing for their safety when a herd of five elephants roamed into residential area since last week.

The elephants destroyed hundreds of rubber trees in a plantation near the village which affected the livelihood of villagers.

A local resident, Zul Hek, 43, said there were three such incidences this month alone.

“The herd of wild elephants would roam near the village at between 1 to 5am so we have be alert at night for fear our houses would be trampled by the animals.

“However, so far no houses have been destroyed, only our crops including banana and rubber trees which were trampled and eaten by the elephants,” he said when met by reporters at Kampung Aring 5, today.

Another villager, Rahmat Yahya, 32, said if the threat of the elephants was not resolved quickly, the villagers would incur huge losses as many rubber trees would be destroyed.

“The rubber trees are part of a plantation project of the Orang Asli Development Department (JAKOA) to provide a source of income for the Orang Asli community.

“Most of the villagers were shocked when they went to the plantation at 8 am this morning and found rubber trees were scattered all over and destroyed by the wild elephants.

“We are worried if the wild elephants are still hiding in the forest nearby and would come out at night to forage and we are very worried,” he said. — Bernama