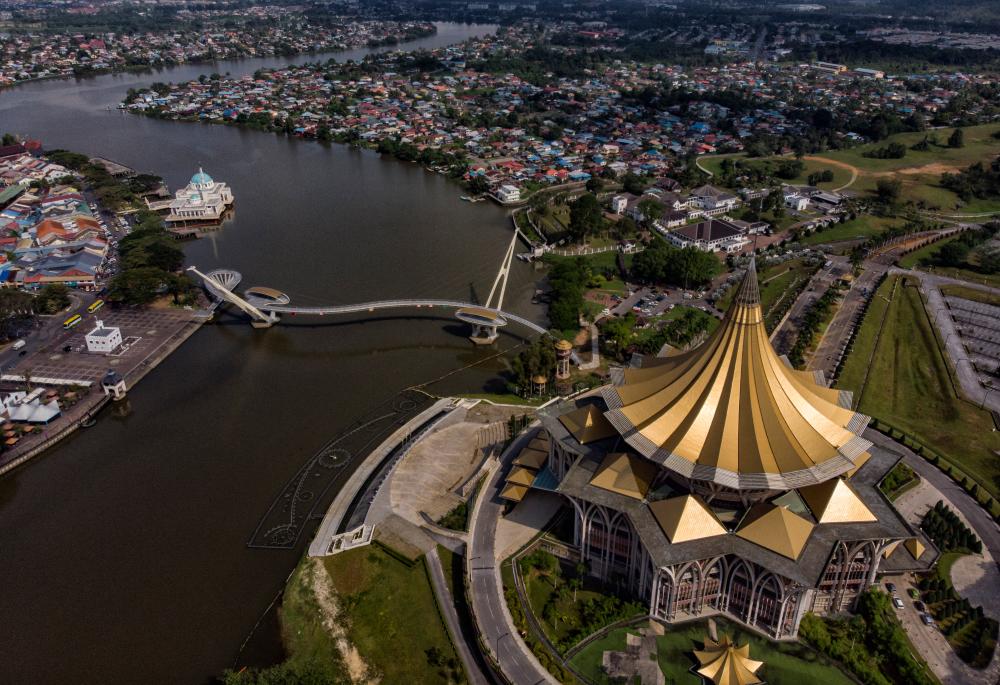 KUCHING: Will the Sarawak State Legislative Assembly (DUN) be dissolved today to finally pave the way for the 12th state election?

As talk of an election in November gains momentum, reliable sources have told The Borneo Post today that the dissolution tomorrow is a real possibility.

Sources also claimed that the polls will be held on Nov 27 a week after the Melaka snap polls and that nomination will be on Nov 13.

Gabungan Parti Sarawak (GPS) leaders, who were contacted on the matter, said they did not know if the DUN will be dissolved as claimed.

“Once the Sarawak EO is lifted, then DUN is automatically dissolved,” he said.

“And after that the Prime Minister who had gotten feedback from the National Security Council, Health Ministry and Sarawak Disaster Management Committee would have to meet the Yang Di Pertuan Agong to seek His approval to hold the state election on a preferred date,” Wan Junaidi said when contacted.

“And it would be up to the Yang Di Pertuan Agong to lift the Emergency Order (EO) in order to pave the way for the Sarawak election. The election can be held after the termination of the EO on or before Feb 2, 2022.”

The EO was imposed on Sarawak immediately after the nationwide Emergency to curb the spread of Covid-19 was lifted in August this year as the state had recorded a surge in infections since the start of 2021.

Due to the Emergency, Sarawak is unable to hold its state polls although its DUN had expired in June.

The state’s EO is scheduled to be lifted on Feb 2, 2022, but the ruling coalition is allegedly aiming at holding the polls before the end of the year to avoid the implementation of Undi18, which lowers the voting age from 21 to 18.

Meanwhile, Prime Minister Datuk Seri Ismail Sabri Yaakob is expected to make an official visit to the state this weekend. His agenda has not been officially released to the press. — theborneopost

4.4G coverage in Sabah's populated areas now at 83.9 per cent

5.Dravid not worried about Rahane's lack of runs