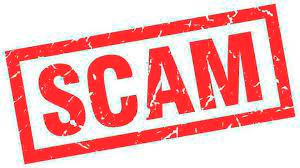 KEPALA BATAS: A purchasing officer lost RM64,207 in a parcel scam after allegedly receiving a gift package from a man she befriended on Instagram recently.

Seberang Perai Utara District Police chief ACP Noorzainy Mohd Noor said the woman, 35, who works in a logistics company, claimed that she got to know a person believed to be a man through Instagram before they exchanged telephone numbers to continue communicating via the WhatsApp application.

“After several months, the man informed the victim that he had sent her a package as a gift. The woman later received an email believed to be from an overseas courier company asking her to confirm her name, address and telephone number,” he said.

He said the woman then received a phone call from a cargo agent informing her that there was a package for her and that she would have to pay for the process of acquiring the package. She then made five transactions amounting to RM64,207 to several account numbers given by the suspect.

He said the victim only realised she had been duped after failing to contact the man or the agent from the cargo company before lodging a police report yesterday. - Bernama