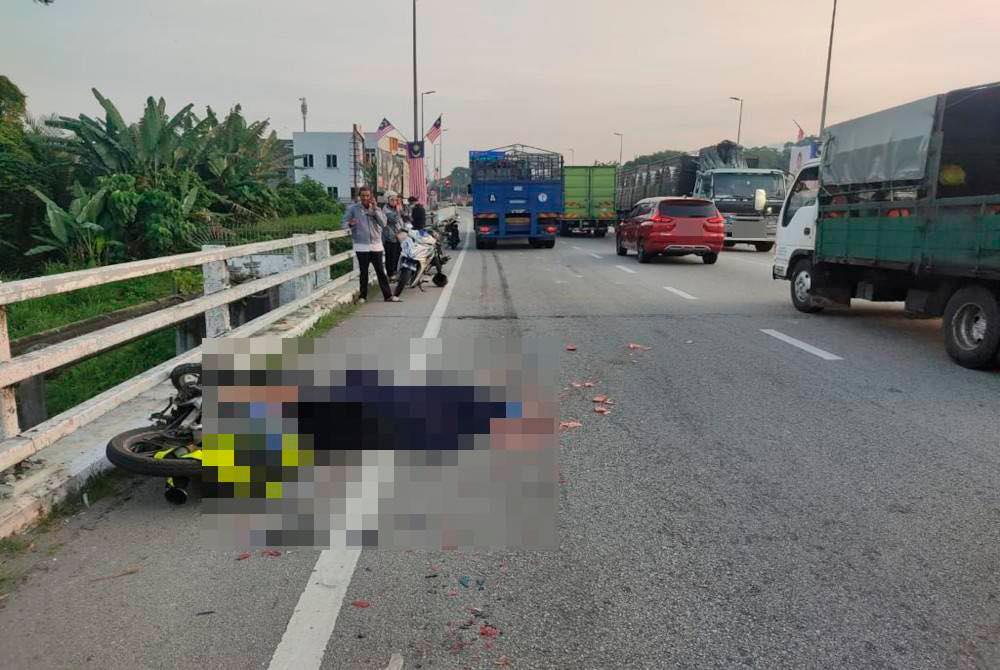 IPOH: A mother was dragged to her death after her motorcycle was involved in an accident with a trailer truck on the Sungai Batang Padang bridge at KM57 Jalan Ipoh-Kuala Lumpur, Tapah this morning.

Tapah district police chief Supt Wan Azharuddin Wan Ismail said they learnt of the incident at 7.15 am, and that the victim identified as Shahriza Ishak, 39, from Jalan Chenderian Lama died at the scene after suffering injuries to her head.

“The victim was on her way home after sending her daughter to a nearby school. The 36-year-old trailer driver was detained for investigation after his initial urine test was positive for drugs,” he said in a statement today.

He added the woman had fallen onto the road and was dragged by the trailer after they collided on the road heading towards Kampar.

The case is being investigated under Section 15 (1)(a) of the Dangerous Drugs Act 1952 and Section 41 (1) of the Road Transport Act 1987, he said, adding that the woman’s remains had been sent to Tapah Hospital for post-mortem.-Bernama