Appoint next DPM from East Malaysia 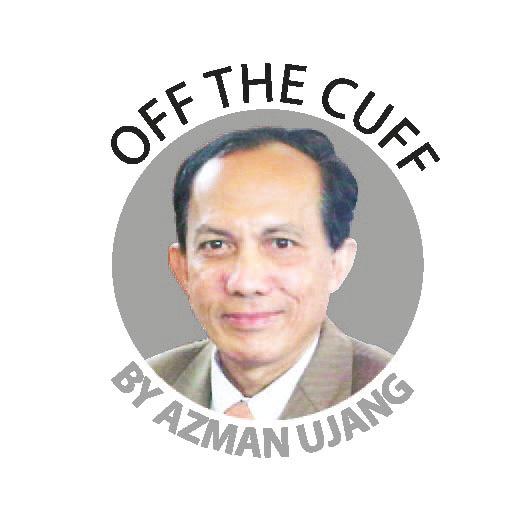 THERE could not be a better or more dignified start towards implementing the royal decree for a new and more harmonious political landscape in the country than appointing a member of Parliament (MP) from either Sabah or Sarawak as the next deputy prime minister.

As the entire nation awaits with bated breath the announcement of who’s our new prime minister, expected to be known in a day or two from today, the onus will be on him to look to East Malaysia for his No. 2 this time.

At a two-hour meeting with political party leaders on Tuesday, the Yang di-Pertuan Agong Al-Sultan Abdullah Ri’ayatuddin Al-Mustafa Billah Shah had decreed that he wants a new political landscape that’s more “peaceful and secure” particularly to deal with the Covid-19 pandemic.

The coming Sept 16 marks 58 years both Sabah and Sarawak have been part of the federation, and the highest MPs of both states have risen to were appointments to ordinary Cabinet posts.

There have been so many deputy prime ministers appointed over the decades but all from states in Peninsula Malaysia.

As a Sarawakian, I know for a fact that the political leaders and people of both East Malaysian states are most disappointed and in fact disgusted by the seemingly endless political turmoils on mainland Malaysia over the past weeks that led to former prime minister Tan Sri Muhyiddin Yassin’s resignation on Monday.

The leaders and people in these two states naturally look up to Putrajaya to provide strong leadership and political stability, especially when everyone is up to their neck trying to survive and stay safe from the pandemic.

But what we are seeing instead is seemingly endless toxic politicking, political sniping and back-stabbing, which are akin to a pandemic itself.

To what extent could a deputy prime minister from either Sabah and Sarawak make a difference towards a new political landscape that the king has decreed?

To quote Sarawakian political analyst Dr Jeniri Amir: “The animosity that exists among Peninsula Malaysia-based parties does not exist in Sabah and Sarawak.

“They are more pragmatic and easier to deal with. Hunger for power, especially for the top post, coupled with self-serving agendas and interests are the main causes of divisions among parties.

“There is a need for an inclusive prime minister who can bring all political parties together by bridging the gaps that exist today,” he said.

Another plus factor for Sabah and Sarawak that politicians on the mainland can learn from is that in both states, race and religion are not only not politicised at all but are non-issues, unlike in the Peninsular.

It’s a truly model society out there with impeccable racial unity and harmony.

The screaming headline in Sarawak’s oldest newspaper, New Sarawak Tribune, yesterday was also on the same issue: “Can We Have The DPM Post, Please?”

The daily argued that Sarawak has stuck by the federal government through thick and thin, more importantly it has always come to the aid of political parties or individuals needing those all-important numbers for the journey to Putrajaya. On this, the newspaper is spot on.

It was the support of the 18 MPs from Sarawak’s GPS coalition of parties that enabled Muhyiddin to be prime minister under the Perikatan Nasional formula last year.

GPS in the meantime has just given its crucial backing to a prime ministerial candidate in the ongoing tussle for the top post and is leaving it to the King to determine who should be the new PM.

“Now, isn’t it about time that we be rewarded with the No. 2 post for our unquestionable loyalty?” asked the paper.

“The incoming 9th prime minister should seriously consider one of our MPs for the job,” said New Sarawak Tribune.

To me, it’ not only about time, it’s long overdue, too, with the 58th Malaysia Day celebration beckoning less than a month away.

While this newspaper understandably is lobbying for a Sarawak MP for the DPM post, by the same token, a Sabahan MP should also be seriously considered.

Former Sabah chief minister Datuk Seri Shafie Apdal’s name has been bandied about even as a PM candidate and some leaders in the Pakatan Harapan coalition have reportedly been lobbying for him.

But with the race to the premiership being solely based on the numbers game, Shafie bowed out of contention on Wednesday and threw his support behind PKR president Datuk Seri Anwar Ibrahim.

Shafie regretted the fact that the GPS parties did not come out in support of an MP from either Sabah or Sarawak in the premiership race.

Shafie’s initial positioning as the Opposition’s prime minister candidate was based on Anwar’s failure to increase the support beyond 105 MPs, six short of a simple majority.

What the nation needs now is for a bipartisan government which is possible if politicians heed the king’s decree for a new political landscape where the people’s interests override selfish interests and political gains.

And to bring an end to the deputy prime minister’s post being the exclusive domination of MPs from Peninsular Malaysia only. Yinson to collaborate with Dinamikjaya Motors as EV leasing partners Anti-Party Hopping Bill to be presented for royal assent soon

Yinson to collaborate with Dinamikjaya Motors as EV leasing partners

Anti-Party Hopping Bill to be presented for royal assent soon

1.Yinson to collaborate with Dinamikjaya Motors as EV leasing partners

5.Anti-Party Hopping Bill to be presented for royal assent soon