Finding for calm in chaos 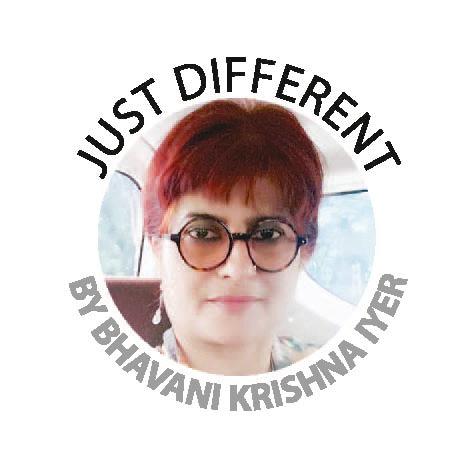 STUPEFIED, that succinctly explains the emotional and mental state of people in the Klang Valley the last couple of days, with farcical directives and foggy instructions that come around from the media. It has been tumultuous, to say the least.

From the start of the pandemic, it has been exhausting trying to comply and conform, and we have lost the zest for doing things.

The real experiences shared by people can be described as anything from frustration to shock at the high-handed ways people are being stripped off their hard-earned money.

At the time of writing, a day before the enhanced movement control order (EMCO) was to take effect in almost the entire Kuala Lumpur and Selangor, there was utter confusion and bedlam. But let us put it this way – this is not the first time this has happened and, hence, we are better prepared now.

You won’t need to second guess why the rush and frenzy on the road, and the hordes at the grocers, with people grabbing anything they can lay their hands on. The “just-in-case” syndrome with Malaysians happens during such times when we need to be prepared for any eventuality.

I stayed clear of all grocers last Friday and the ensuing days and decided I would still survive with the basic needs I had at home. Those who were carting away trolleys full of grocery items should stop to think of the people out there who are crying for help to keep their heads above water.

There are people who may not have the spare cash to stock up for weeks ahead, and when they do get to the store, the supplies may have gone.

It is heart-wrenching to see the number of suicide cases going up, and it is a phenomenon that has been rampant in many countries but not as prevalent in Malaysia, till now. With so many good Samaritans going around offering food and other assistance, why would anyone opt to take his/her own life?

What drives suicide is not just money, it is desperation, powerlessness and hopelessness, coupled with ignorance. The poor have more than just food on the table to worry about. The roof over the head, the multiple loans, children’s education and lifestyle needs can also push people into desperation.

The hand-outs are occasional or one-time, what do people do for the rest of the weeks and months?

Police recorded 468 suicide cases in the country in the first five months this year, up from an annual total of 631 cases in 2020 and 609 in 2019. This means three deaths by suicide occurred nationwide daily on average this year up to May, amid economically devastating lockdowns as the Covid-19 epidemic surged, almost double the 1.7 rate last year and in 2019.

In this context, the white flag initiative is a welcome respite. We do see pockets of people using it to humour themselves and others, but it is a true blessing for such divine interception by good Samaritans to reduce the suffering.

As I did mention, the needs may be more than just food – people who are harassed for unpaid loans taken legally or otherwise can drive a person to the brink of anything.

The government announced the movement control order more than two weeks ago and the numbers did not go down. In fact, it has risen steadily after only a brief breather. Now, we are into EMCO.

Doing the same thing again and again and expecting different results is utter stupidity. This widely-known adage is not fully understood by certain people in power.

The table topic everywhere is not more about how to resolve the pandemic issues, instead how the politicians are bringing the country down to its knees.

The vaccine roll-out, after a period of hullaballoo and disorder seems to be on course, with only mild to average hiccups. The whole lot of AstraZeneca takers are already feeling a mild “strandedness” without a date for the second doze appearing on their mobile phones, but that is being sorted out.

Only the MySejahtera app still has loads of bucking up to do. There was an announcement early last month that more features had been added to make the app more responsive and to be able to do more things.

The frustrating part is getting the app to replace human face, which makes it susceptible to an array of things going wrong. The vaccination hotline is as good as not existing as the only response you get from the other end is that the line is engaged and to call back later. The helpdesk takes you to a page with limited options, especially when one needs a specific issue addressed.

While I understand that the future is moving towards digitisation and Covid-19 has showed the importance of digitalisation as one way to increase resilience, the human brains behind the set-up of the app also need to review all possibilities and the users’ needs before doing away with human interface.

As they say, “all great changes are heralded by chaos”. Malaysians are sitting tight and waiting for the best while dealing with the labyrinth of follies all around.