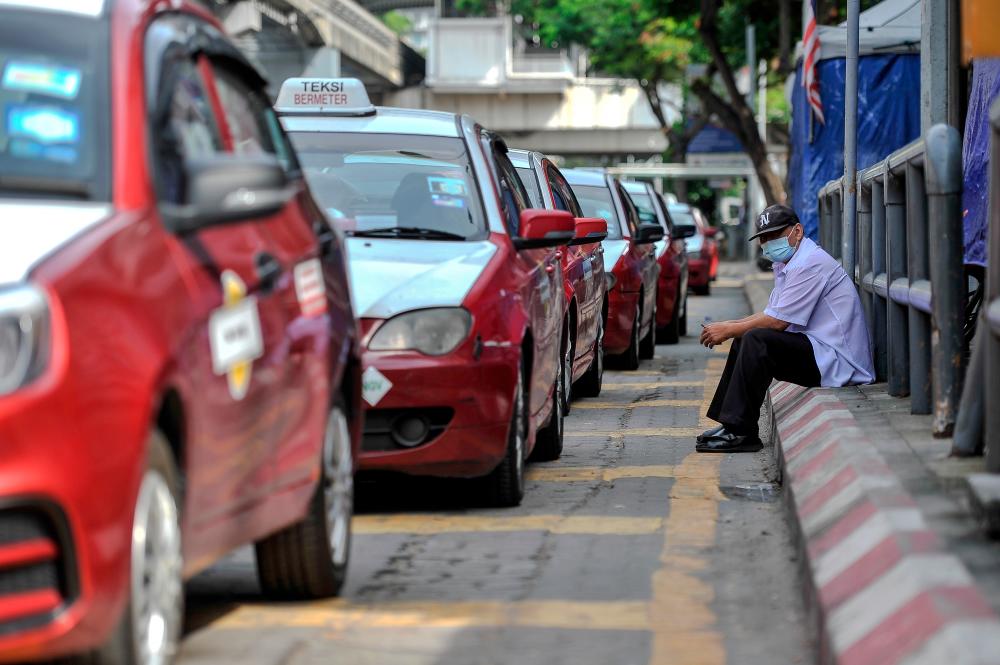 SABAH Commercial Vehicle Licensing Board (CVLB) chairman Chin Kim Hiung disclosed that the board had written to the Kota Kinabalu International Airport (KKIA) management on Dec 23 to propose a designated site for e-hailing drivers to wait for customers at the international airport.

This would allow e-hailing drivers to drop off or pick up passengers who have earlier booked their transport service in a more orderly manner.

The aim is to minimise traffic congestion, reduce waiting time, provide convenience for travellers and enhance first impressions of the state.

However, the move did not go down well with KKIA Limousine and Taxi Association president Shamsuddin Mohd Shah, who called for Chew’s resignation.

He claimed that CVLB had failed to enforce the 2018 ban on e-hailing vehicles from waiting for passengers at KKIA.

The issue will remain a hot potato for as long as confusion reigns.

Firstly, enforcements could only be carried out by agencies with enforcement officers, such as the police and Road Transport Department (JPJ).

If there are enforcement officers in CVLB, they should go to the ground. If there are none, Shamsuddin is barking at the wrong tree.

Secondly, a waiting place can be a tricky issue. While airport taxis wait in queue for passengers without prior bookings to board their taxis, e-hailing vehicles should only be allowed to enter the driveway to pick up their passengers after they have exited the airport building.

Just like private cars, unmarked e-hailing vehicles should not be allowed to wait at the driveway as exiting passengers could easily inform drivers by phone only when they are ready to be picked up.

An area nearby is needed for drivers to wait before pickup without obstructing traffic.

Any private vehicle parked near the airport taxi queue would be seen as a threat by taxi drivers.

Their emotional state is such that they could easily mistake private cars, especially those company-owned, picking up non-family members as e-hailing vehicles.

If the new spot designated for e-hailing vehicles is away from the taxi queue, there will still be mayhem if e-hailing vehicles without prior bookings are allowed to wait there because it will be overcrowded since drivers will do what they can to improve their chances of getting a booking.

Although a good system is necessary, enforcement is still the key.

Thirdly, city taxi operators have applied to CVLB for permission to pick up passengers from various airports in the state.

This was vehemently opposed by the KKIA Limousine and Taxi Association, but CVLB would study the application in detail before making a ruling.

Reaching a decision would be relatively easy if there is a shortage of airport taxis and e-hailing vehicles at KKIA, as was the case at KL International Airport (KLIA), which finally allowed city taxis to have their own queue for picking up arriving passengers from May 2013.

Since its opening in June 1998, KLIA has often been plagued by a shortage of airport taxis whenever there was a convergence of arriving flights resulting in a long row of customers queuing indefinitely while city taxis were forced to leave the airport empty handed.

But with amendments to the Land Public Transport Act 2010 and Commercial Vehicles Licensing Board Act 1987 passed in parliament in July 2017, e-hailing service has been legitimised and may operate alongside taxis.

Today, the number of e-hailing vehicles is much larger than taxis due to its popularity with both the passengers and drivers.

Apart from lower rates for e-hailing services, passengers do not have to haggle over fares and destinations, and drivers must also be on their best behaviour.

Although e-hailing drivers could face suspension from complaints lodged against them, the rewards are worth the risk as they get to run more trips and earn a higher income.

Furthermore, there is no need to own a taxi permit or pay for renting one when operating an e-hailing service.

Many hardworking airport and city taxi drivers have switched to driving e-hailing vehicles instead of spending long hours at the airport or city waiting for passengers.

But the stubborn few continue to cling on and are hostile to those who encroach into their “territory”.

While it was necessary to allow taxis to operate in designated areas decades ago, it is now an opportune time for CVLB to lift taxi restrictions on territories.

If city taxis are allowed to pick up from the airports, likewise airport taxis should also be allowed to operate in the city.

Just like taxi drivers are urged to find the courage to face modern realities, CVLB should also not allow relics of the past to continue well into the future.

It is only a matter of time before CVLB will have to regulate self-driving cars to be used for passenger transport and trucks for goods. World Bank announces up to US$30b to address food insecurity

World Bank announces up to US$30b to address food insecurity

US Senate confirms Biden nominee to be Ukraine ambassador

5.World Bank announces up to US$30b to address food insecurity