“ If Bangladesh and Myanmar improve their ties with each other, their dependence on China and India could be reduced and trade with other countries in Southeast Asia and South Asia could increase.” 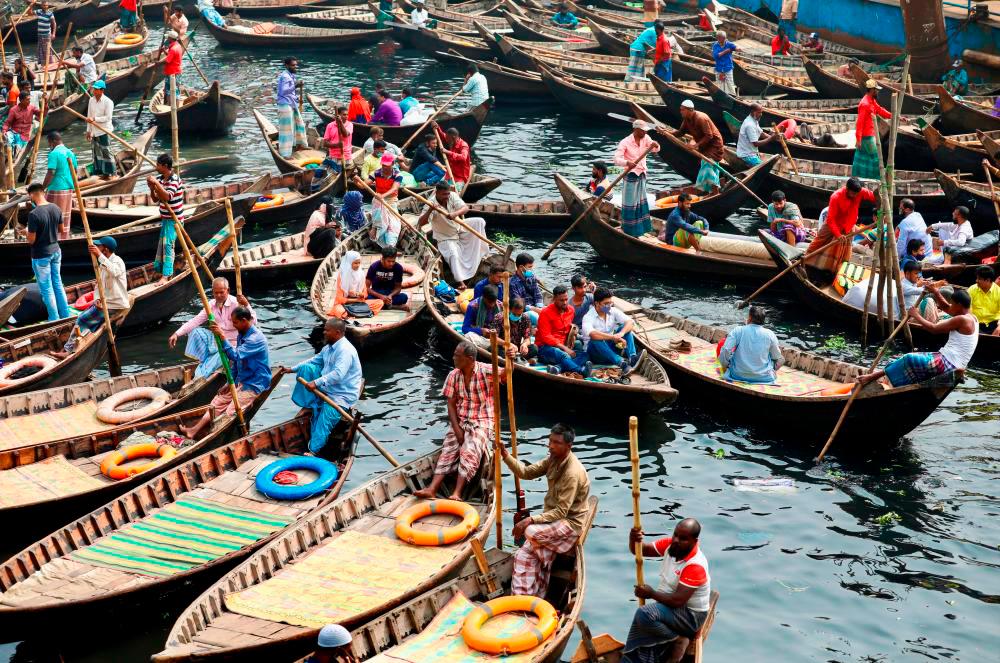 MYANMAR and Bangladesh should bolster their ties with neighbourly spirit for various reasons.

Currently, the strained Myanmar- Bangladesh relations need to be ironed out.

Jan 13 marked 50 years of bilateral ties between Myanmar and Bangladesh.

Myanmar recognised Bangladesh as a sovereign state on Jan 13, 1972, but there weren’t any seminars, discussions, statements and such between the two to commemorate the special day.

There were many ups and downs between them during that time, however, Myanmar and Bangladesh need to strengthen ties to ensure the greater interest of the two regions such as South Asia and Southeast Asia.

When Bangladesh celebrated its glorious journey of 50 years, many countries in the world congratulated Bangladesh.

But it’s a matter of sorrow that its neighbour, Myanmar, didn’t do the same. Even the countries’ respective embassies remained silent on the issue due to the strained relations between them.

This strained relationship must be improved to ensure greater regional interest.

However, it has never been smooth and there have been many ups and downs on a number of issues.

Despite having many possibilities, both countries have not been able to forge a real relationship with each other.

People from both sides are deprived of enjoying the advantages that both countries have to offer due to these strained relations.

Improving ties between them can ensure some common regional advantages.

Geographically, Myanmar is located in the eastern part of Bangladesh with a 271km border.

To its southeast, it is at least 150km wide, due to its hilly terrain and dense forest cover.

In a nutshell, Myanmar and Bangladesh can both be used as a gateway between South Asia and Southeast Asia.

Myanmar can use Bangladesh as a transport route to reach the markets of Bhutan, Nepal, North East India easily.

They share some regional common platforms such as the Bay of Bengal Initiative for Multi-Sectoral Technical and Economic Co-operation (Bimstec), an organisation made up of Bangladesh, Bhutan, India, Myanmar, Nepal, Sri Lanka, and Thailand, which seeks strategic and economic development.

If Bangladesh and Myanmar improve their ties with each other, their dependence on China and India could be reduced and trade with other countries in Southeast Asia and South Asia could increase.

Bangladesh can be used as an important hub to connect Asean and SAARC (South Asian Association for Regional Cooperation).

Myanmar too, as an Asean member, can access the SAARC free-trade bloc through Bangladesh if ties can be improved.

In the case of bilateral relations, there were two issues that caused some displeasure between them.

The first was the demarcation of the sea-boundary between them. It was a matter of satisfaction that the matter was settled peacefully by the 1982 International Tribunal of the Sea Convention in March 2012.

As Myanmar and Bangladesh share the Bay of Bengal area and 271km long border, both countries can take part in tackling non-traditional security threats in the Bay of Bengal such as tackling piracy, illegal drug dealing, human trafficking, environmental degradation and countering terrorists in the region.

The second is on the Rohingya refugee issue. Between August and November 2017, a military operation in Myanmar had forced more than 700,000 Rohingya to cross the border into neighbouring Bangladesh.

The Bangladesh government has faced the Rohingya crisis many times in the past. In 1978, an anti-insurgency operation by the then military government of Myanmar in Rakhine State resulted in a massive brutal crackdown, with some 300,000 Rohingya crossing the border into Bangladesh.

This occurred again between 1991 and 1992, where a second wave of more than 250,000 Rohingya fled to Bangladesh to escape the military repression. The two countries resolved the issue peacefully through bilateral talks.

They should find lasting and closer ties that have great economic potential, but the Rohingya issue must be resolved immediately.

Enhancing bilateral ties could contribute to the growth of trade and investment relations with Asean and Bimstec countries.

There are other routes to bilateral cooperation. Myanmar is rich in natural resources such as tin, zinc, copper, tungsten, coal, marble, limestone, natural gas, hydropower, etc.

Myanmar could be a major source of energy for Bangladesh to ensure its energy security.

Myanmar is also a major supplier of natural wood to the world. While it has traditionally eyed foreign investment in the oil and gas sector, the country has recently shifted its focus to attracting production-based investment.

The tourism industry is also a promising sector for the country. Religious tourism can be a source of potential as there are many Buddhists Biharis in Bangladesh.

A number of important Buddhist archaeological sites have already been uncovered in different parts of Bangladesh.

The country is believed to be a rich repository of South Asian Buddhist heritage.

In order to draw the world’s attention to the rich Buddhist heritage in Bangladesh, the Government organised an international event in collaboration with World Tourism Organisation in October 2015.

There are a number of magnificent modern-era Buddhist temples there.

The Golden Temple at a hilltop in the Bandarban district is probably the most charming Buddhist temple in Bangladesh.

Gigantic Buddha status in Dhaka, Chittagong, and other parts of the country are special attractions for devotees and tourists.

There are also a number of Buddhist learning centers and pilgrimage spots as well.

This area of archaeological sites refers to Paharpur in Naogaon, Mahasthangarh in Bagura, Mainamati in Comilla, and Bikrampur in Dhaka district.

Each of these sites has unique qualities that are part of history, with some archaeological sites important for both Hindu and Buddhist discovery as religious sculptures for both can be found there. As such, Myanmar and Bangladesh can exchange religious tourism.

Through the import of gas and electricity, Bangladesh can secure its future energy security.

Both countries can jointly explore oil and gas fields in the Bay of Bengal.

Bangladesh can also contribute to the development of Myanmar’s infrastructure.

The proposed construction of the Asian Highway, funded by the Asian Development Bank, can increase land connectivity between the two countries and increase trade in products such as fertilisers, plastics, cement, furniture, etc.

Bangladesh is on the way to completing its railway project – the Dohazari-Cox’s Bazar railway line.

The line will run from Dohazari in Chattogram to Cox’s Bazar (one of the most popular tourist destinations in the country). This line can be extended to North East India, Nepal, and Bhutan.

If this line can be extended to China and Southeast Asia via Bangladesh’s Ghundhum to Myanmar as part of the proposed Trans Asian Railway Network, the whole region can benefit from it.

Myanmar should take the initiative to join the Trans Asian Railway.

The country, which at present does not have sophisticated manufacturing, can import electronics and pharmaceutical products that are readily produced in Bangladesh and benefit from the technology transfer.

Enhanced bilateral ties between Bangladesh and Myanmar can contribute to the growth of trade and investment relations with Asean and Bimstec countries.

This will create an opening to solve the Rohingya problem and stop militant activities.

Basically, the Rakhine region of Myanmar can be used as a trade hub between Bangladesh and Myanmar.

The agro-products in Rakhine need a viable market.

Bangladesh can be a big market for the goods that are produced in Rakhine.

On the other hand, Bangladesh has vast and tremendous experience in garment and agricultural industries. Myanmar can benefit from their expertise.

Both countries can set up some border hats (border market) between then to boost trade.

India and Bangladesh are benefiting from such kinds of border hats.

Thus, strengthening people-to-people contact, bolstering diplomacy between the two sides can mend the strained ties between them.