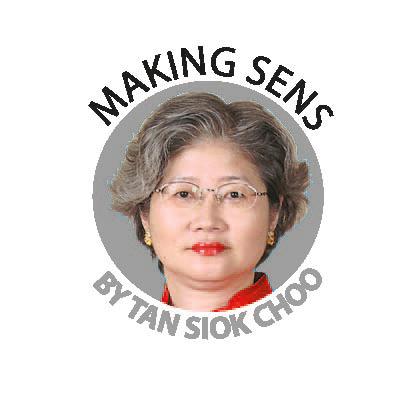 An immediate challenge is the proposal by the European Commission (EC), the executive arm of the European Union (EU), to start phasing out in 2023 the use of palm oil as a biodiesel for transport and to stop its usage in 2030. The EC’s proposal stems from the claim that planting oil palms increases deforestation and the emissions of greenhouse gases while endangering orang utans.

Despite exemptions for smallholders with two hectares of oil palms, this proposal, if adopted by the European Parliament, could have a deleterious impact on this country’s palm oil sector, particularly the 650,000 smallholders.

Last year, the EU was Malaysia’s second-largest export market for palm oil, buying 1.8 million tonnes of the vegetable oil, data from the Malaysian Palm Oil Board (MPOB) shows. About 40% of the EU’s global palm oil imports are usually used for biofuel.

Malaysia has responded by claiming the EU is biased, has threatened retaliation and proposed initiatives, including a proposed maximum cap of 6.5 million hectares planted with oil palms by 2023 compared with the current planted area of 5.8 million hectares.

These responses, however, fail to address the nub of EU concerns – that expanding oil palm hectarage threatens the habitat of the endangered orang utans and increases the emission of hothouse gases.

Furthermore, the wrong audience is being targeted. Instead of trying to persuade top European government leaders and EU parliamentarians to drop the proposed ban on palm oil in 2030, Malaysian policymakers should switch their focus to European consumers.

Further undermining oil palm planters’ argument that this vegetable oil is grown in an environmentally-friendly manner are reports in print and TV every year showing the choking haze that blights parts of Indonesia, Malaysia and Singapore.

To counteract this negative image, a sophisticated advertising campaign is needed. Not only should these advertisements be shown on prime-time TV and carried by major EU newspapers, this makeover should be crafted by mavens with skills comparable to those who persuaded millions of American voters in 2016 that Donald Trump was a far more competent leader than his Democratic rival, Hillary Clinton.

Instead of denying the environmental impact of planting oil palms, a shift in the parameters of debate is also needed.

One suggestion – Malaysia should suggest environmentalists focus their attention on the Trump administration’s plan to offer nearly 16.8 million acres of federal land for oil and gas leasing – an area larger than Maryland and New Jersey combined – while lifting protection for the uniquely American greater sage grouse on nearly nine million acres.

Another point should be highlighted – oil spills, even if infrequent – cause massive, long-term environmental damage. Two egregious oil spills were caused when the Exxon Valdez ran aground on March 24, 1989 in Alaska and the BP Deepwater Horizon oil rig exploded on April 20, 2010 off the Louisiana coast.

The Exxon Valdez leaked 11 million gallons of oil. To clean up, Exxon burnt the spilled oil and dumped chemicals known as “dispersants” to break up the oil into droplets. These dispersants were far more toxic to humans and the environment than the spilled oil, a Guardian article says.

The Deepwater Horizon explosion killed 11 workers, injured 17 others, and caused an estimated 4.9 million barrels of oil to leak into the Gulf of Mexico. About 1,770km of US shoreline was polluted while an estimated 65,000 endangered Kemp’s Ridley sea turtles died during 2010 alone.

Another suggestion – instead of focusing on palm oil’s cost competitiveness, it should be remarketed as offering superior health benefits, particularly Vitamin E.

Coconut oil is an excellent example of clever marketing. Previously regarded as an unhealthy saturated fat historically linked to heart disease, coconut oil is now regarded by many consumers as a health product.

With celebrities like Miranda Kerr, Angelina Jolie and Jennifer Aniston touting their daily intake of coconut oil, many consumers are likely to disregard a Harvard professor’s description of coconut oil as “pure poison”.

Coconut oil’s credibility as a healthy food has been bolstered by one fact – its proponents aren’t from producer countries like Sri Lanka or the Philippines. For this reason, findings by Malaysians, despite their strong academic credentials, that palm oil is a healthy oil grown in an environmentally-friendly manner aren’t likely to be regarded as credible.

The marketing campaign for palm oil must be waged by non-Malaysians possessing oodles of marketing-savvy.

Although the writer is the chairperson of a listed plantation company, opinions expressed in this article are her personal views and should not be attributed to any organisation she is connected with. She can be contacted at siokchoo@thesundaily.com 3.Zelensky says 87 killed in May 17 Russian strike on base