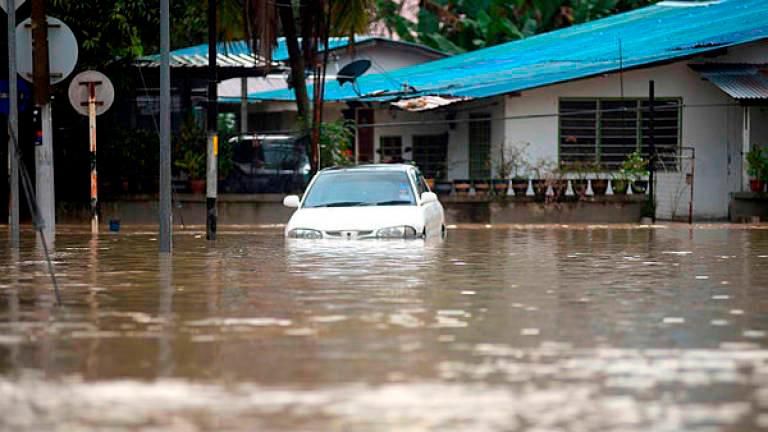 BAYAN Baru was created as a modern township that would make living there a good and happy experience. However, living in this township has become a nightmare. Every time there is a heavy downpour for just an hour or so, many parts of it, especially within a 2km radius of SPICE, are badly flooded and impassable to light traffic. This flash-flooding has been going on for more than two decades.

In November 2018, Penang Public Works, Utilities and Flood Mitigation Committee chairman Zairil Khir Johari announced that a RM20.1 million flood mitigation project would be carried out, and that “flooding in Bayan Baru area will be a thing of the past once the mitigation project is completed in 2020”, as published in a local daily.

However, the situation seems to have only gotten worse, and is not “a thing of the past”.

The residents of Bayan Baru deserve an explanation for the failure of the state government’s flood mitigation project.

The flooding in Bayan Baru is due to man-made causes. Why is so much development being approved by the authorities without first putting in place a proper drainage system that can take huge volumes of runoff water from buildings and road surfaces?

Our town and country planning experts should take into account the drainage capacity in the area before approving development, which is causing massive flooding.

There is no point in talking of creating three huge islands in the sea for better living when living on the existing land is being made worse by haphazard development.

The auditor-general should carry out an audit of the RM20.1 million spent on mitigation projects. Have the projects been completed? Then, why have they failed?

The Drainage and Irrigation Department must also explain why it has not looked into the real issue of rainwater runoff from new development areas.

There should be adequate drainage systems put in place before further development is approved in efforts to prevent flooding.