The curious case of beer pong and boba 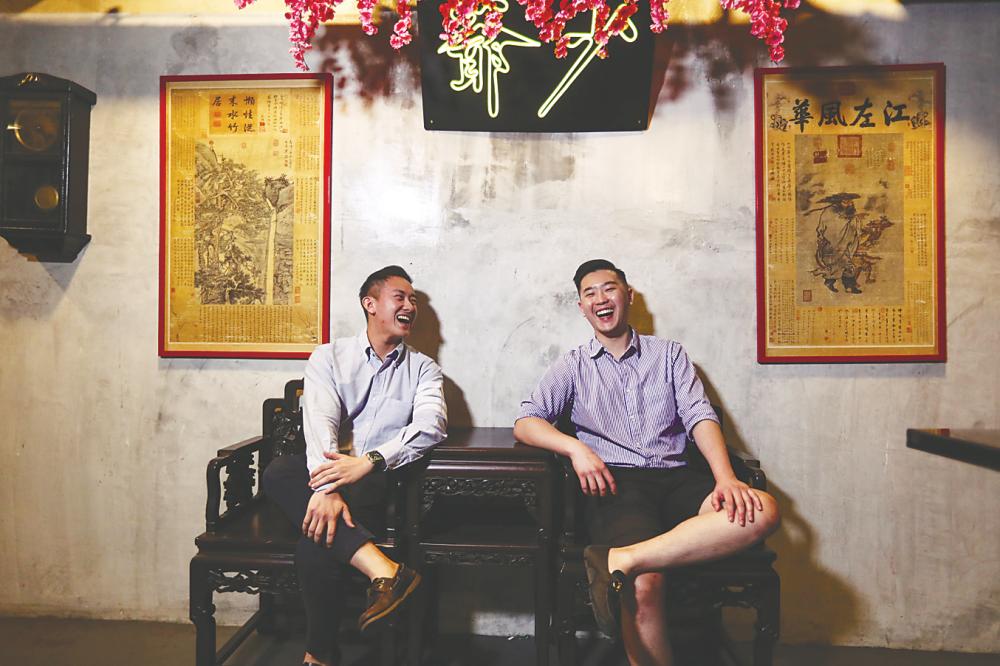 Lim (L) and Tan first met each other in a bar. — Sunpix by Amirul Syafiq

IN THE cosy upstairs bar of Young Masters, TTDI, the unlikely pair of beer pong and boba facilitate the night for a good time out.

Pokemon themed, no less, the two signature cocktails - Milo Bobasaur and Teagglypuff - were born after the owners noticed a “big craze” around boba tea, on top of their own fondness for the drink.

“I personally was a victim to long queues ... so one day we decided to [try] putting bubble tea and alcohol together.

First meeting each other at a bar, Tan, Lim, and three others built their friendship on frequent hangouts at different watering holes before banding together as partners of Young Masters.

“Because if we were to chill and hang out so frequent, why not do it at our own place,” said Lim.

The five-member team settled on the quirky Pokemon theme while developing flavours for the alcoholic milk tea concoctions.

Lim said: “We personally did grow up with Pokemon. We enjoy puns a lot. We laugh at puns a lot ... it was pretty spontaneous.”

“It’s also leading up to the Detective Pikachu movie next month,” added Tan.

The alcoholic boba concept first began with the Milo Bulbasaur, before the team worked on correcting ratios and tweaking recipes of both drinks based off feedback from patrons and friends.

Creamier than its marshmallow-topped menu companion, childhood classic Milo gets introduced to the more grown-up flavours of Baileys Irish Cream in Milo Bulbasaur.

The familiar flavours go hand in hand, while slurping on the sweet pearls can easily trick you into forgetting the alcohol content.

Preferring a chewier bite, Tan says that several types of pearls were tested before the brown sugar-soaked pearls were selected for consistency, axing out bigger-sized tapioca balls that tended to cook unevenly.

Lim added: “Everyone just loves to chew on [them] so the boba plays a huge role in that drink.”

According to Tan, the coconut rum adds a Baba Nyonya touch - also reflected in Young Masters décor - to the whole drink.

He said: With most Baba Nyonya food, there’s always an element of coconut, so we went with Malibu.

“And to our surprise, when we passed around a few samples ... the feedback on coconut rum with whiskey turned out to be the best. That’s why we ended up with that concoction.”