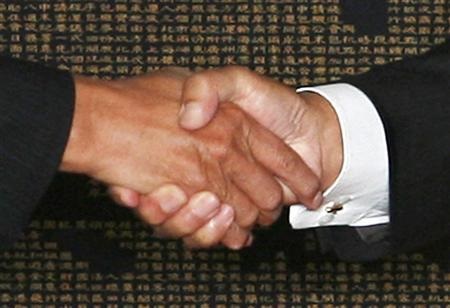 PETALING JAYA: It has been a busy year for Corporate Malaysia with 19 takeover offers launched in 2019, following a fairly quiet 2018.

The majority of these takeovers resulted in the acquirers garnering a major equity stake in the target companies, but five of them were eventually delisted after the completion of the exercise. These were Hovid Bhd, Kian Joo Can Factory Bhd, Lafarge Malaysia Bhd, YTL Land & Development Bhd and Karambunai Corp Bhd.

Below are some of the more notable exercises that took place over the year.

The proposal to privatise Hovid came about in 2017 when the company received a conditional voluntary takeover offer by its managing director David Ho and Fajar Astoria Sdn Bhd.

The offer was for Ho and Fajar Astoria to acquire the 66.28% stake and 56.43% of five-year warrants not already owned in Hovid for 38 sen per share and 20 sen per offer warrant.

Hovid put in an application on Nov 27 to withdraw its listing status from the Main Market of Bursa Malaysia, after obtaining shareholders’ approval at the company’s EGM on Nov 26, 2018, Hovid was then delisted from Bursa Malaysia on Feb 4 this year.

If ever there was a time to label a takeover exercise as a dramatic saga, this would be it.

The history of Can-One Bhd attempting to acquire full control of Kian Joo goes back 10 years to 2009, when Can-One entered into a deal to acquire a 32.9% controlling stake for RM1.65 a share, or RM241.1 million in cash.

Due to attempts to block the transaction by a group from Kian Joo’s founding family, the deal was only completed in 2012.

A year later, Kian Joo received a takeover proposal from Aspire Insight Sdn Bhd, a company considered to be connected to Can-One.

Aspire Insight made a RM1.46 billion cash takeover offer to buy Kian Joo’s entire assets and liabilities at RM3.30 a share, which led to another legal battle between the two.

The case, however, was later struck out by the Kuala Lumpur High Court, and the deal did not go through.

In February 2019, Can-One launched a mandatory general offer to take over Kian Joo at RM3.10 a share.

Finally, in April this year, Can-One said in a Bursa Malaysia filing that it had obtained 95.88% control of shares Kian Joo, allowing it to force a compulsory acquisition of all shares in Kian Joo held by dissenting shareholders.

Kian Joo was delisted from Bursa on May 16 this year.

Chen is the founder of Hong Kong-listed NagaWorld, which holds a casino licence in Phnom Penh, Cambodia, running to 2065, with a guaranteed monopoly to 2035.

According to Karambunai’s filing with Bursa Malaysia, Chen currently holds a 73.41% stake in KCB and 48.43% of its total outstanding warrants.

The privatisation offer was closed on Nov 4 and Karambunai was delisted from the Main Market on Nov 21.

The MGO will be triggered after Convenience Shopping and PACs complete the acquisition of a 25.35% stake in Caring Pharmacy from Motivasi Optima Sdn Bhd for RM143.5 million or RM2.60 per share, which will bring their shareholding in Caring Pharmacy to 38.57% from 13.22%.

Motivasi Optima’s stake in Caring Pharmacy will then be reduced to 25%.

In a separate filing on Dec 11, 7-Eleven said it does not intend to maintain the listing status of Caring Pharmacy if Convenience Shopping and the PACs receive valid acceptances for the MGO, as Convenience Shopping will not be taking any steps to address any shortfall in Caring’s public shareholding spread upon completion of the proposed MGO.