Analysts do not expect any earnings surprises from Malaysiam property sector 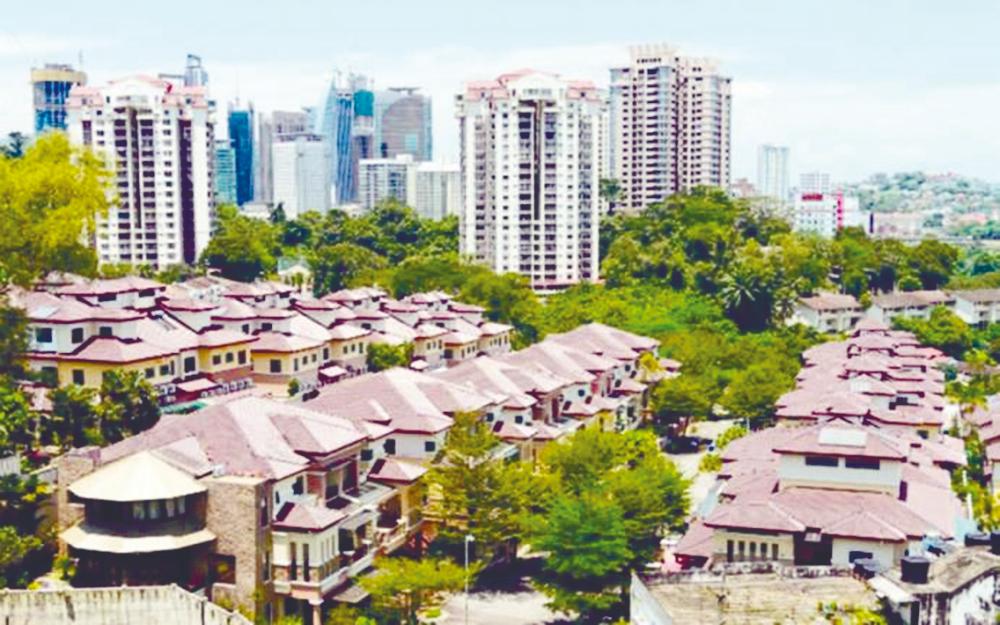 Most developers are said to be assessing the economic situation before deciding to continue with or defer future launches. Picture for representational purposes only – BERNAMAPIX

PETALING JAYA: Analysts expect no surprises in earnings prospects for the local property sector over the short to medium term, as developers are more aggressive in clearing unsold units by offering discounts with the inventory level on a declining trend

AmInvestment Bank Research (AmResearch) said developers generally reported lower new sales year on year, by about 24.5%, due to the lacklustre market and the impact of the movement control order (MCO) and Covid-19 pandemic – which it believes the clearing of unsold units is a positive move to realise cash flow.

“Property developers IOI Properties Group and Mah Sing are the only ones whose profits came in within expectations while the results of Crest Builder, MRCB, SimeProp and SP Setia were lower than expected,” it said in a report.

AmResearch said IOI’s property development segment saw a 11.2% contraction to RM322.6 million in core net profit for first-half 2021, mainly due to stronger contribution from projects in Malaysia and China.

Mah Sing’s FY2020 results met its expectations but profit for the period fell 25.1% year on year, mainly due to the impact of the MCO on its first-half 2020 earnings.

AmResearch noted that all the companies reported lower earnings in fourth-quarter 2020, primarily attributed to slower recognition as a result of the MCO.

“Most developers remain cautious, and are still assessing the economic situation before deciding to continue or defer future launches. We believe that consumer sentiment shall remain weak for the time being with spending mainly focused on necessities while big-ticket items such as properties will take a back seat for now.”

On the whole, it reiterates a ‘neutral’ view on the sector with a ‘buy’ call on IOI Property with a fair value (FV) of RM1.86 on the back of strong contribution from property development projects in China and Mah Sing (FV: RM1.28), underpinned by the strong take-up rates of its recent launches and its coming rubber glove business.

AmResearch said it might upgrade its stance on the sector should banks ease lending policies on properties or consumer sentiment improve significantly.

Similarly, Maybank Investment Research has opted to maintain its tactical positive stand on the sector, as it opined that the worst is over for property and it would be driven by a better economic outlook, historically low interest rate environment and pent-up demand.

Despite the reimposition of the conditional MCO and MCO in Q4’20-Q1’21, it observed that property sales continued to recover from the pandemic.

“Judging from the sales momentum in early 2021, most developers expect a better sales outlook in FY21 though it may be coming at the expense of lower margins on lower pricing.”

Maybank Investment Research said there is quarter-on-quarter growth in property sales for the quarter due to pent-up demand post-lock down as well as attractive marketing packages offered.

Judging from the sales momentum in January-February 2021 and Covid-19 vaccination rollout, it sensed that developers are turning more positive on FY21 sales outlook as reflected in their higher targets for the financial year.

“Nevertheless, we expect margins to stay subdued as competition continues to rise. Also, margins are coming under pressure due to developers’ higher involvement in the affordable housing segment.”

On the whole, the research house said the reimposition of MCO in first-quarter 2021 should have lower damage impact on sales as most developers have acclimatised to the “new norm” and accelerated efforts to market their products via digital platforms.

Meanwhile, it has identified political uncertainty and instability as one of the downside risks to its call, alongside potential delays to the vaccine rollout which will likely not be enough to end the pandemic.

“Hence, it may take longer to heal from a blow to jobs, investment and business.”

In addition, the end of the targeted loan repayment assistance programme at end-June 2021 may be a setback to the property market due to the jump in the number of auctioned properties.