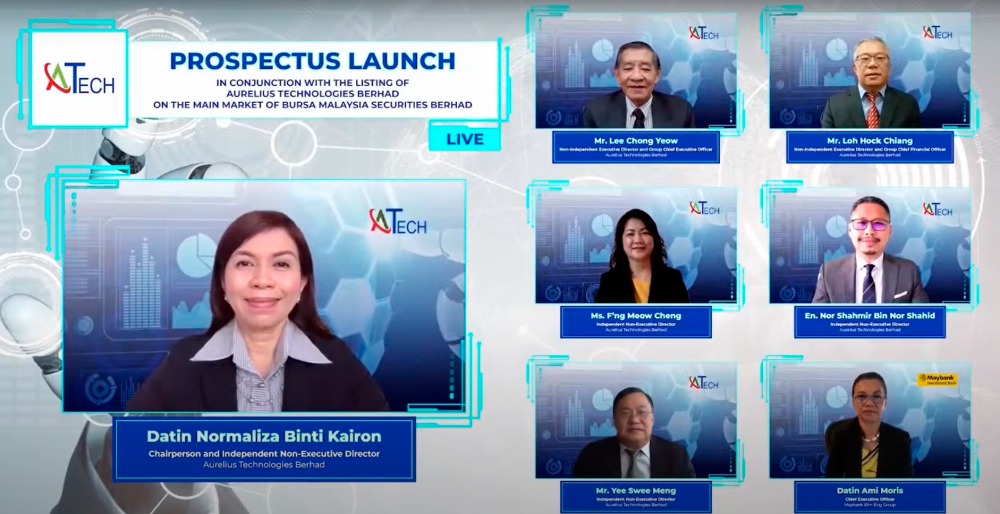 PETALING JAYA: Aurelius Technologies Bhd (ATech), enroute to a listing on the Main Market of Bursa Malaysia Securities Bhd, is expected to raise RM104.73 million from its initial public offering (IPO) mainly to fund the expansion of its electronics manufacturing services (EMS) business.

ATech is expected to have a market capitalisation of RM487.12 million.

The EMS provider for industrial electronic products offers will allocate RM40 million from the IPO proceeds to acquire new machinery and equipment, RM29.52 million for repayment of borrowings, RM28.13 million for working capital, and RM7.08 million for listing expenses.

ATech executive director and CEO Lee Chong Yeow said the IPO would speed up the execution of its plan to grow, strengthen, and leverage its core business and continued expansion into the production of Internet of Things (IoT) modules started in early 2020.

“We are also expanding our production facilities with the construction of a new factory adjacent to our existing plant in Kulim Hi-Tech Park. The new factory will add floor space to grow the semiconductor component modules production, to cater for Lithium-Ion battery pack production, and EMS operations.

“We will have a total of 15 SMT (Surface Mounted Technology) lines by the end of 2023 from both the new and current factory. These new SMT lines will increase our annual capacity by 198.7% for the financial year ending (FYE) Jan 31, 2024 from FYE21 to meet the expected increase in demand from our customers,” Lee said.

Lee added that the company is prepared to handle the US and Asian markets fall on fears of the emergence of a new Covid-19 variant.

“The company has strict compliance of SOP in controlling and containing the spread of Covid-19,“ Lee told reporters at its virtual prospectus launch today.

Lee said the company is involved in the 5G module of IoT in the autonomous driving segment of the electric vehicles industry. Meanwhile, he said as of November, the company’s unbilled purchase orderbook amounting RM482.7 million would be billed in stages in the next couple of years.

Maybank Kim Eng Group CEO Ami Moris said as a direct IoT proxy, ATech is well-positioned for sustainable, accelerated growth as the demand for IoT terminal connections is expected to hit 23.7 billion by 2026.

“Our conversations with investors indicate that ATech is one of the most anticipated small cap IPOs in Malaysia this year,” Ami said.

For the exercise, Maybank Investment Bank Bhd, a part of Maybank Kim Eng Group, is the principal adviser, sole bookrunner and underwriter.