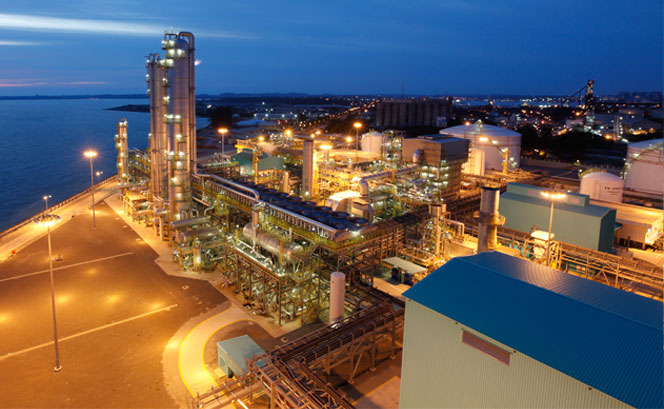 PETALING JAYA: An extensive investigation into the causes of the explosion and fire incident at the Refinery and Petrochemical Integrated Development (Rapid) project in Pengerang is expected to be launched, which could delay the commencement of petrochemical production for Petronas Chemicals Group Bhd’s (PetChem).

“If the Rapid investigations defer production next year, we expect a six-month delay to cause PetChem’s FY20 earnings to slightly decline by 3%, assuming product prices are stable. For now, we maintain our forecasts pending further clarity from management,“ AmInvestment Bank said in a report.

The blast, which appears to stem from a leaking gas tank, was loud enough to be heard within a 50km radius of the project. So far, two persons have been reported to be injured in the incident.

Recall that the group’s 50%-owned Pengerang petrochemical division has reached mechanical completion of 96% with production expected to commence towards the later parts of 2HFY19. Back in 2017, PetChem has sold a 50% stake in PRPC Polymers to Saudi Aramco for RM3.8 billion (US$900 million).

PetChem’s management expects minimal contributions this year, with plant utilisation around 70% for the first three to six months which will progressively ramp up to 90% over a time frame yet to be confirmed due to the complexity and integration required with Petronas’ refinery.

“Likewise, our FY19 forecasts have not incorporated any increase in PetChem’s output given that the group has guided that average plant utilisation could remain flattish above 90%, similar to FY16–18. This is supported by five major turnaround activities this year, which will be spread out over 1QFY19 and 3QFY19, as compared with six in FY18.”

AmInvestment Bank said even though PetChem’s market guidance for Q1 FY19 was bearish, it remains sanguine given that the group’s product prices have a strong correlation to Brent crude oil prices which have risen by 37% since Dec 31, 2018 to US$71 a barrel currently.

“This will be a greater impact to the group than temporary delays in Rapid commencement as a 1% increase in average product prices will translate to a higher 3% rise in net profit.”

The research house maintained its “buy” recommendation on PetChem with an unchanged fair value of RM10.40.